TIME has joined NEON as a distribution partner for Amazing Grace, the Aretha Franklin concert film that documents her famed two-night performance with James Cleveland and the Southern California Community Choir at the New Temple Missionary Baptist Church in Los Angeles. NEON announced the acquisition of the North American rights to Amazing Grace in December 2018, with TIME joining the project as a distribution partner shortly after, following prior involvement and investment during the film’s production.

The film was produced and realized by Alan Elliott using never before seen footage captured in 1972 as Franklin recorded her Grammy–winning gospel album ‘Amazing Grace’ at the age of 29 years old. The documentary went unreleased for over three decades, and is now being launched with the support of Franklin’s estate. Elliott produced the film alongside Joe Boyd, Chiemi Karasawa, Rob Johnson, Sabrina Owens, Tirrell D. Whittley, Jerry Wexler and Joseph Woolf—and executive producers Stefan Nowicki, Joey Carey and Alexandra Johnes.

“Amazing Grace is a powerful film that captures the talent and spirit of Aretha Franklin,” said TIME editor in chief and CEO Edward Felsenthal. “We are thrilled to be involved in this project as we continue to build and expand TIME’s focus on longform films.”

TIME billed the 18-time Grammy winner as “The Sound of Soul” on the cover of the June 28, 1968 issue. In 2016, she was profiled in TIME’s multimedia project highlighting groundbreaking women in a variety of fields, FIRSTS, as the first woman to be inducted into the Rock and Roll Hall of Fame. As part of the project, TIME recorded an exclusive, live performance of Aretha Franklin performing “Rock of Ages” at the New Bethel Baptist Church.

Today, the movie poster for Amazing Grace was revealed. Find more details on the film, including a forthcoming trailer and theatrical release dates beginning in Spring 2019, visit: www.amazing-grace-movie.com. 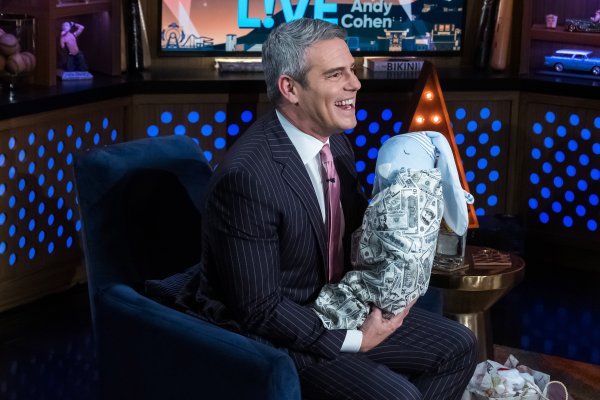 'I'm in Love. And Speechless.' Andy Cohen Welcomes His First Baby Boy
Next Up: Editor's Pick