A hackspace in the UK created a vending machine named Holly that tweets every single time someone gets a candy bar — and names the snacker (although not the snack of choice) by name.

Unsurprisingly, the hackers at Nottingham Hackspace have started to rebel.

“We have turned it off in recent weeks because people are arguing with it and getting quite angry that it was telling everybody that they were eating on a regular basis,” hacker James Fowkes told Computerphile in a video interview.

Of course, this isn’t Twitter and vending machine’s first marriage. A vending machine filled with stuffed panda bears in Canada would drop a toy whenever anyone tweeted #HomeTweetHome:

At SXSW, Oreo created a vending machine that customized Oreos based on what flavors were trending on Twitter:

Seeds of Change even created a Twitter-enabled vending machine (#PledgeToPlant) that expelled organic seeds to people who tweeted about where they wanted to help build a better, greener community:

Still, all of these high minded concepts are slightly different than a food shaming vending machine that can’t keep its mouth closed about your latest Twix bar.

Watch the video about the vending machine below: 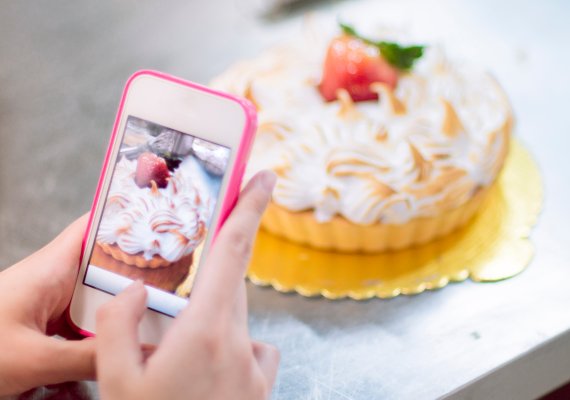 This App Could Let You Count Calories by Taking a Picture of Your Food
Next Up: Editor's Pick