Authorities Found 1,500 Turtles Inside Abandoned Luggage at an Airport in the Philippines

An unidentified Filipino passenger left four bags carrying the reptiles unclaimed in the arrival area, the Philippines Bureau of Customs said in a statement on their website. He had traveled to Pinoy Aquino International Airport on a Philippine Airlines flight from Hong Kong.

The turtles were turned over to the Department of Environment and Natural Resources – Wildlife Traffic Monitoring Unit.

A video on the Bureau of Custom’s Twitter account shows the animals bound by duct tape and packed into a suitcase among shoes and other personal items.

Authorities intercepted a total of 560 “wildlife and endangered species” including 250 geckos, 254 corals and other reptiles that smugglers tried to bring into the country in 2018, according to the statement. 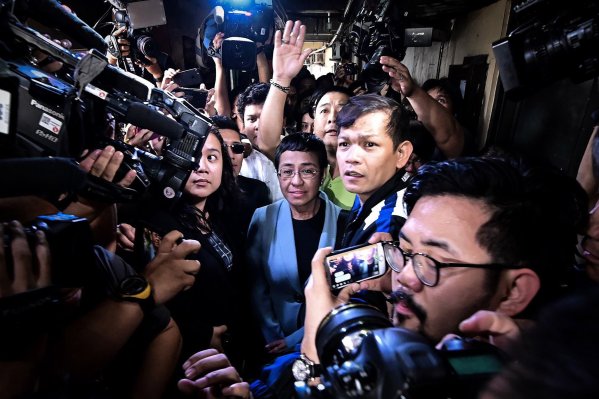 The Message Behind Maria Ressa's Cyber Libel Arrest
Next Up: Editor's Pick