'Precious, Happy Child.' This Is One of the Youngest Victims of the Alabama Tornado That Killed 23

Taylor Thornton, 10, was killed after a tornado tore through Lee County, Ala. on March 3, 2019.
Photo courtesy of the Lee-Scott Academy
By Melissa Chan

A 10-year-old girl who died Sunday after a powerful tornado slashed through a tight-knit community in rural Alabama was remembered by friends and family members as a “little, precious, happy child” whose life was taken too soon.

Taylor Thornton was one of at least 23 people killed in Lee County, Ala. after at least one twister with estimated 170 mph winds injured dozens of people, destroyed homes, tore down trees and utility poles and separated several families, authorities said. The tornado, which touched down around 2:20 p.m. local time, was the deadliest in the U.S. in nearly six years, National Weather Service officials said.

Among the fatalities were at least three children, aged 6, 9 and 10, Lee County Coroner Bill Harris tells TIME. On Monday, family and school officials confirmed one of them was Taylor, a fourth-grader who easily made friends wherever she went.

Taylor loved her 10-month-old brother almost as much as she loved animals, especially horses, said Stan Cox, head of the Lee-Scott Academy, a private Christian school in Auburn, Ala., where Taylor attended. Cox added that the young student “always had a smile on her face.” Recently, she took home an honorable mention at the school’s art show for a clay fish sculpture she made.

“She loved learning. She was inquisitive—always had something to contribute to the lesson,” Cox said. “She just brought a lot of life into the classroom. Our school feels empty without her now.”

Taylor’s uncle, James Thornton, tells TIME that “she loved her family and she loved God.” “That’s what we’re asking the world to remember her for,” her uncle said.

In January, Taylor had just started attending the new school. But in just three months, she had made multiple friends—some of whom quickly grew close to her, according Cox.

“She didn’t miss a beat,” Cox said. “She came right in and made friends very easily.”

Several people are still unaccounted for and rescue efforts to find survivors and the missing were underway Monday but appeared grim. Lee County, Ala. Sheriff Jay Jones said at a news conference Monday morning that he anticipated that the death toll would rise. “This is a very trying time,” he said. “I have not seen this type of level of destruction ever.”

Officials have not yet released the victim’s identities but planned to later Monday evening. The youngest victim was 6, and the oldest victims were in their 90s, the coroner said.

“Some were pretty close to being whole families,” he said.

The roughly 24-mile-long storm wreaked havoc on anything in its path, while moving at about a mile per minute, officials said. “It looks almost as if someone took a giant knife and just scraped the ground,” Sheriff Jones said, describing what he called “catastrophic” damages from the storm. “It hurts my heart to see this.”

It is thought to have been the deadliest tornado to hit the U.S. since May 2013, when a twister killed 24 people in Moore, Oklahoma, according to Bill Bunting, chief of forecast operations at the National Weather Service’s Storm Prediction Center.

As of Monday evening, Bunting said it was still unclear whether two tornadoes had hit Alabama. 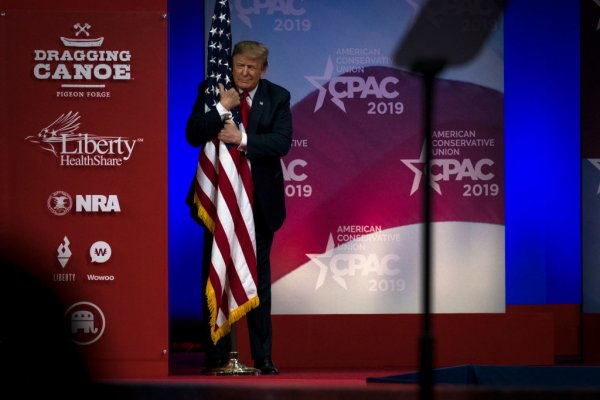