American Vandal was a very funny riff on the true-crime formula. Weird City, the new YouTube Premium show co-created by Jordan Peele that sends up psychological sci-fi anthologies like Black Mirror and The Twilight Zone, has its moments. But the single greatest parody show in recent memory is IFC’s underwatched Documentary Now!, which ends its third season on Wednesday, March 27. In each episode, co-creators and unrepentant film geeks Bill Hader, Fred Armisen, Seth Meyers and Rhys Thomas lovingly (and with astounding accuracy) poke fun at a different doc, from cult classics like Grey Gardens to last year’s Netflix sensation Wild Wild Country. Though they haven’t made a bad installment yet, the best ones—namely, the five listed below—transcend satire to create a standalone story that’s both funny and profound.

Nanook of the North was the first great documentary feature, a gorgeous 1922 portrait of an Inuit family from Arctic explorer Robert J. Flaherty. Sadly, it wasn’t all true. In reality, Nanook’s society was far more sophisticated than the film let on, and many scenes were staged with input from the cast. Decades later, the doc Nanook Revisited detailed Flaherty’s contrivances. Writer Meyers spoofs both works in this episode, whose mockumentary-within-a-mockumentary casts Armisen as the oddball Inuit subject of some extremely creative nonfiction crafted by a mess of a man named William H. Sebastian (Mad Men‘s John Slattery, in terrific silent slapstick). The twist? The unwitting actor evolves into a visionary, reverse-engineering one Hollywood norm after another, from craft services to the star who really wants to direct. It’s easy to mock faux ethnography, but “Kunuk Uncovered” suggests that there’s no place wilder than the standard movie set.

Chef’s Table creator David Gelb made his name with 2011’s Jiro Dreams of Sushi, a tantalizing profile of a sushi master whose modest Tokyo subway station restaurant boasts three Michelin stars. Like Jiro, the subject of this Season 2 highlight is an acclaimed perfectionist chef in his 80s. Juan (Hector Elias) presides over a remote arroz con pollo joint in the hills of Colombia and agonizes over the shortcomings of his poultry-phobic son and apprentice Arturo (Armisen)—who gave up his dream of being an improv comic and returned home to assist his exacting dad when his brother Diego (Luis Fernando Hoyos) left to open a scandalously unorthodox restaurant of his own. Meyers’ script has lots of fun with Juan’s obsessive farm-to-table process and Arturo’s neurosis. What’s surprising is how much warmth this tale of a fractured family generates.

If you love Hader as a hitman-turned-acting-student in the HBO hit Barry, you’ll likely enjoy the way this inventive episode expands his broad range. “Parker Gail’s Location Is Everything” stretches the documentary conceit a bit, parodying the filmed versions of theater legend Spalding Gray’s monologues (particularly 1987’s Swimming to Cambodia, directed by the great Jonathan Demme). Writers Hader and comedian John Mulaney include lots of in-jokes for fans. But you needn’t be an expert to appreciate the combination of dynamic storytelling and subtle character work Hader brings to his titular Gray analog—or to crack up over a series of exasperated responses to Parker’s fabrications from lovers, acquaintances and a few memorable strangers.

While Hader and Armisen dominated the first two seasons, they have (with a few exceptions in Armisen’s case) stepped out of the spotlight for a third season built around dream guest stars like Cate Blanchett, Owen Wilson and Natasha Lyonne. A Mulaney and Meyers joint, “Original Cast Album: Co-op” is an ensemble affair featuring Richard Kind, A.P. Bio’s Paula Pell and Hamilton Tony winner Renée Elise Goldsberry as leads in a riff on Company, the classic 1970 Stephen Sondheim musical whose cast recording session was immortalized by legendary documentarian D.A. Pennebaker. Unfortunately, Co-op—a show that really is about life in an exclusive co-op building, from the mind of Mulaney’s passive-aggressive Sondheim surrogate—has just closed when the all-night session begins. But that doesn’t stop the cast from putting their all into songs about co-op board meetings and holiday staff tipping that smartly skewer a certain strain of bourgeois New York snobbery.

Season 3, Episode 4: “Waiting for the Artist”

Like most human beings of sound mind, I will watch Cate Blanchett do anything. So I’m pleased to report that her turn as a grande dame of the art world, in Documentary Now!’s take on Serbian performance superstar Marina Abramović’s The Artist Is Present, constitutes her best work since Carol. A biodoc meant to chronicle the preparations for fictional art legend Izabella Barta’s (Blanchett, playing the character straight) career-culminating museum retrospective ends up capturing how her worthless ex (Armisen) steals the spotlight. Instead of mocking Abramović’s outré work, which has already been parodied to death, writer Meyers crafts an allegory for the very different standards by which male and female artists are judged. That sounds high-minded, and it is, but the episode’s final minutes contain some of the funniest physical comedy on TV. 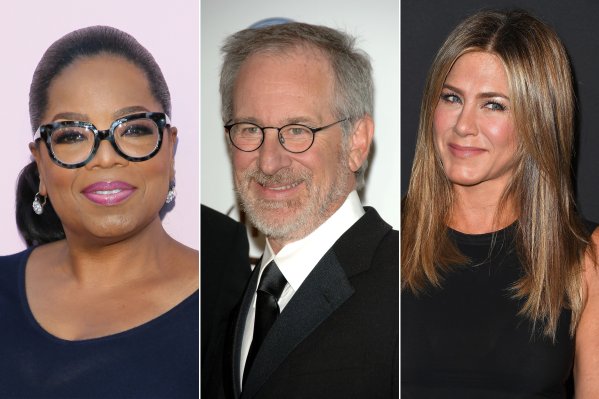 Here Are All the TV Shows Coming to Apple's Streaming Service
Next Up: Editor's Pick