The House Judiciary Committee has launched a sweeping probe into President Donald Trump to discern if his Administration and associates obstructed justice and engaged in public corruption or any other abuse of power.

The committee, helmed by Rep. Jerrold Nadler, announced Monday that it had sent out 81 requests for documents to start building its record for the investigation.

“We have seen the damage done to our democratic institutions in the two years that the Congress refused to conduct responsible oversight,” Nadler said in a statement Monday. “Congress must provide a check on abuses of power. Equally, we must protect and respect the work of Special Counsel, but we cannot rely on others to do the investigative work for us.”

Nadler defined obstruction of justice as any interference from President Trump and his associates in criminal investigations and any “alleged cover-up violations of the law,” and public corruption as any possible violation of the emolument clause and “conspiracy to violate federal campaign and financial reporting laws.” Abuse of power was defined in part as “attempts to misuse the power of the Office of the Presidency,” which also included attacks on the press, law enforcement and judiciary.

A counsel on the committee acknowledged that abuse of power, which appeared to have the broadest scope, is something the committee is particularly interested in exploring.

Broadly speaking, this means that a panoply of topics and people that are already being investigated by either Special Counsel Robert Mueller, the Southern District of New York – or both – are now under an additional microscope from Congress. Weisselberg, for instance, was reportedly given immunity by the Southern District of New York to testify about Cohen, but now faces questioning from Congress as well.

Several people cooperating in Mueller’s probe, including Cohen Michael Flynn, Sam Nunberg and George Papadapoulos received requests as well. Both the Southern District of New York and Mueller are aware of the committee’s probe and have approved this document request, according to a counsel on the committee. Nadler is largely allowing the documents provided to the committee to be restricted to what has already been handed over in those investigations.

Nadler had said Sunday on ABC News that his committee was planning on issuing the document requests, and that Weisselberg and the White House would be included, but declined to provide additional specifics.

White House Press Secretary Sarah Huckabee Sanders said in a statement Monday before Nadler officially sent the list of requests that the White House had received its letter from the committee. “The Counsel’s Office and relevant White House officials will review it and respond at the appropriate time,” she said.

Trump told reporters when asked about the request that he “cooperates all the time with everybody” but that the probe is a “political hoax.”

More document requests are expected after this first wave, according to a committee counsel. 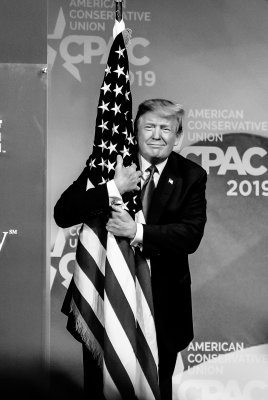 Trump: Some Serving in Congress 'Hate Our Country'
Next Up: Editor's Pick