President Trump: Some Serving in the U.S. Congress 'Hate Our Country'

President Donald Trump said that certain members of Congress “hate” the United States during a two-hour speech to the Conservative Political Action Conference on Saturday.

Trump spoke about immigration at length during his free-wheeling, off-the-cuff speech. He said that he would be in favor of people migrating to the United States, so long as they comply with immigration laws and are selected by merit.

He added that immigrants should also “be people that can love our country, not hate our country.”

He didn’t name any particular Congress members, but said, “And you know that, and we can name every one of them if they want.”

However, only 14 lawmakers – including one senator – are immigrants themselves, making up only 3% of all legislators. This number falls far below the U.S. foreign-born population; 13.5% of U.S. residents were foreign-born as of 2016.

Trump added that some people might think it’s “terrible” for him to say, but he seemed to suggest that immigrant lawmakers should be asked “how did they do?” in their home country. “Did they do well, were they succeeding?” he asked hypothetically, and answered himself by saying, “not so good.”

The President’s statements are particularly noteworthy because several particularly prominent new members of Congress – who also happen to be progressives and people of color – are immigrants. These include Rep. Ilhan Omar, a Muslim refugee from Somalia, and Rep. Pramila Jayapal, who was born in India.

In early 2018, Trump came under fire for calling certain countries, including parts of Africa, “shithole” countries, and saying that United States should not take immigrants from such places. 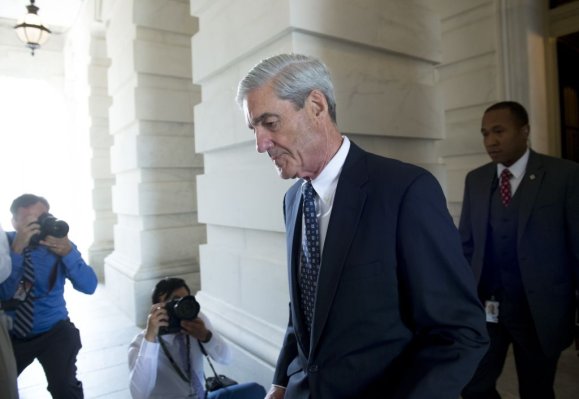 Democrats Bet On Mueller Delivering the Goods. What If He Doesn't?
Next Up: Editor's Pick