"Untitled Arrangement (Yellow Roses)" is a part of a series by photographer Rachel Cox exploring the necessity of beauty when processing grief
Rachel Cox
Ideas
By Sallie Tisdale
Tisdale is the author most recently of Advice for Future Corpses: A Practical Perspective on Death and Dying.

My mother died of breast cancer. After two years of illness and major surgery, she had become gaunt. Her hair was almost gone. Her skin was yellowed. Her limbs were swollen. The day after she died, I took my father to the funeral home, where he bought the most expensive coffin available. The mortician assured him it was waterproof.

Two days later, after my mother had been embalmed, we returned. I started to walk into the Slumber Room. I could see my mother in the coffin across the room, and for one very long and strange moment, I thought she was alive again. She looked better than she had for years. Her skin was pink and smooth; her hair, nicely groomed. Even her fingernails were done, and she had a very small smile on her face.

I knew she was dead. I really did. I had seen her death coming for years and worked through the pain to accept it. But at that moment, I thought she might sit up and look at me, and a lot of my hard-won acceptance was lost. More than thirty years later, I still resent what was done to her, and to me.

The experience left me wondering, If we grieve because the person we loved has died, why do we so often make a dead person appear alive?

The common practice of embalming has one purpose: it slows the decomposition of a dead body so that a funeral can be delayed for several days and cosmetic work can be done on the corpse. Despite the appearances it creates, it is a violent process, and the corpses still decompose. It just makes a dead body look, more or less, not dead, for a little while.

About a century ago, embalming was rare. But during the Civil War, thousands of dead soldiers were embalmed. They died so far from home that the only alternative was a battlefield burial, so a rudimentary process using arsenic was used. Then, a few years later, President Lincoln was embalmed so that his body could cross the several states in a funeral train; in the public mourning, many Americans saw a preserved body for the first and last time.

By the early twentieth century, embalming was being promoted to the general public. It was the main skill of the new profession of undertaker. Professionally managed funerals with temporarily preserved bodies quickly became the convention; this is how the majority of Americans were buried in the 20th century.

I have come to believe that the opposite is true. Embalming and the so-called restorative arts are about denial and, as a result, they unwittingly cause us greater pain. The poet and mortician Thomas Lynch wrote of the practice, “I’m an apostle of the present tense.” To mourn, we need to accept what has happened, and in order to truly know what that is, we must look at what has happened. What good is served by turning away from the fact of loss? Only delay. Only confusion, day after day, as reality collides with a dream.

According to the National Funeral Directors Association, since 2015, cremation has become more common than burial, largely because it is cheaper. But embalming is still more common in the United States than anywhere else in the world.

We do this even though there are alternatives that have always been with us. Most of the world does not choose embalming. Buddhists and Hindus usually choose cremation. Muslims and Jews, whose religious laws forbid embalming, embrace natural burial, the way billions of bodies have been buried for eons — without preservation.

More than twenty years after my mother died, my best friend, Carol, also died of breast cancer. One of the most profound parts of being with a dying person is to see a person exactly as he or she is, and I had come to know Carol’s failing body in the months before she died, with shocking honesty.

Carol was not embalmed. She looked dead. She felt dead. At the viewing, her skin was very cold and hard when I kissed her goodbye. This helped me begin the mental shift from thinking, This is Carol, to, This is Carol’s body. We wrapped her in a muslin shroud and buried her in a meadow. I then felt the shift from Carol’s body to a body, a natural part of the world. It was a necessary farewell. Later, her husband planted a tree there.

Prettifying a body doesn’t make death pretty. Death can’t be pretty. My father bought a waterproof coffin because he knew that the same thing happens to all bodies, no matter what we do. He pretended to himself that steel could stop it. But nothing can stop it.

To contemplate death is to contemplate our own denial of it. Perhaps we beautify corpses or hide them from our sight not out of wanting to remember people as they were, but because we know that someday we will be as they are. We all feel resistance to death. It’s clear we know it will happen, because we somehow manage to convince ourselves it won’t. To see a dead body — a plain, real dead body, without decoration — is to see the world as it really is, and this makes all the difference.

A dead body is not like any other object in the world. The muscles of the face relax into expressions never seen in life. Whatever you believe has happened, you know when you look at it that it is not the person you knew, that something profound has happened and cannot be undone, and this allows us to take a step toward the new world in which we live, where the person we love no longer exists. 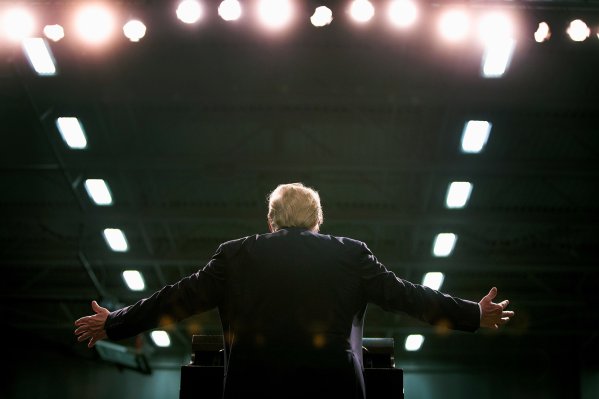 How Donald Trump Lost by Winning
Next Up: Editor's Pick