Denmark Is Supposed to Be a Land of Gender Equality. That's Why I Speak Out About My Rape

Women attend a "Let's Talk About Yes' protest in Denmark.
© Jonas Persson
Ideas
By Kirstine Holst
Holst is a journalist. Her story is one of many included in Amnesty International’s 2019 report: 'Give us respect and justice! Overcoming barriers to justice for women rape survivors in Denmark'

On a summer night in 2017, I stayed over at a close friend’s house in Copenhagen after a late meeting as I had done before. In the middle of the night, I awoke to find a man climbing into my bed. He put his arm around my throat and then climbed on top of me. Pinning me roughly to the mattress, he raped me. That man was my friend.

We had known each other for several years, since I was in my early thirties, and I trusted him. Sometimes if I was in Copenhagen, I would stay at friends’ houses to save myself the 160-mile drive back to my home in Jutland just as I did a year and a half ago. That night changed my life.

The next day I was in shock.

It took me a whole day to even say the word “rape.” Instead I found myself using the word “accident,” and in many ways the sensation at the time was not that dissimilar to the disorientation one feels after having been involved in a violent car crash. And the trauma does not go away.

Sadly, my experience of rape is not uncommon. Paradoxically, despite its image as a land of gender equality, the reality for women in Denmark is starkly different. As revealed in a report by Amnesty International published Tuesday, there is a pervasive “rape culture” in Denmark with shockingly high levels of impunity for sexual violence and antiquated rape laws, which fail to meet international legal standards.

Rape in Denmark is hugely under-reported and even when women do go to the police, the chances of prosecution or conviction are very slim. Of the women who experienced rape or attempted rape in 2017 (estimates vary from 5,100 according to the Ministry of Justice to 24,000 according to a recent study.) just 890 rapes were reported to the police. Of these, 535 resulted in prosecutions and only 94 in convictions.

As I have found out first hand through my experience of trying to navigate the justice system over the last year and a half, women and girls are being failed by dangerous and outdated laws.

Rape survivor Kirstine Holst speaking at a consent demo in Denmark, campaigning with Amnesty to get the government to adopt consent based rape laws.
© Jonas Persson

In my case, it took me two-and-a-half days before I attempted to file a report to the police. But that was not straightforward.

At the local station, a policeman warned me that if I was lying I could go to prison. After I had finished describing my ordeal, he told me that cases in which victims and perpetrators know each other rarely get anywhere. He also admitted that, since he had never taken a rape report before, I would have to go to another police station about 12 miles away to make my report, so I had to tell my story to yet another stranger.

I drove the 12 miles in tears. I was in my late 30s at the time, but had I been 20 years old, I probably would have given up at that stage. Despite the fear, shame and humiliation I was determined to get justice. Eventually, after several subsequent police interviews in Copenhagen, my case was finally taken forward. But there were many more obstacles to overcome.

The process was slow. The victim’s counsel lawyer initially assigned to me by the state had specialized in real estate, so I had to find one who had some knowledge of sexual violence cases myself. I had to repeat my story to each of them. My case was marked by a catalog of failures, including the police’s failure to collect vital evidence, visit the crime scene or interview the suspect for almost a month after my report was made. When I finally got to court the judge allowed the defense lawyer to bring up my past sexual history to suggest that this was evidence of “promiscuous behavior.”

But the worst aspect of the entire experience was the focus by the police, the lawyers and the judge on whether there was evidence of physical violence: on whether I had resisted, rather than whether I had consented.

Although I had told my rapist many times to stop, I was repeatedly asked questions about the physical evidence that I had resisted.

This focus reflects the fact that Danish law still does not define rape on the basis of lack of consent. Instead, it uses a definition based on whether physical violence, threat or coercion is involved or if the victim is found to have been unable to resist. The assumption that a victim gives her consent because she has not physically resisted is deeply problematic since “involuntary paralysis” or “freezing” has been recognized by experts as a very common physiological and psychological response to sexual assault.

This focus on resistance and violence rather than on consent has an impact not only on reporting of rape but also on wider awareness of sexual violence, both of which are key aspects in the prevention of rape and tackling impunity. Now, a man can claim that a woman did not say “no” but the question should be whether she said “yes.”

The simple truth is that sex without consent is rape. Failure to recognise this in law leaves women like me exposed to sexual violence and fuels a dangerous culture of victim blaming and impunity reinforced by myths and stereotypes that pervade Danish society.

Last year, I found out that the man — my former friend — had been acquitted under Danish law, because rape could not be proven “beyond reasonable doubt.”

The government has announced that they are looking into changing the definition of rape in Denmark and that consent is one possibility they are looking at incorporating. Changing the law will not solve the problem overnight. But it will be an important step that, combined with education and a cultural shift in the way we think about rape, will hopefully mean that other women will not have to experience the trauma I went through that summer night in Copenhagen.

Read Amnesty International’s full report: Give us respect and justice! Overcoming barriers to justice for women rape survivors in Denmark 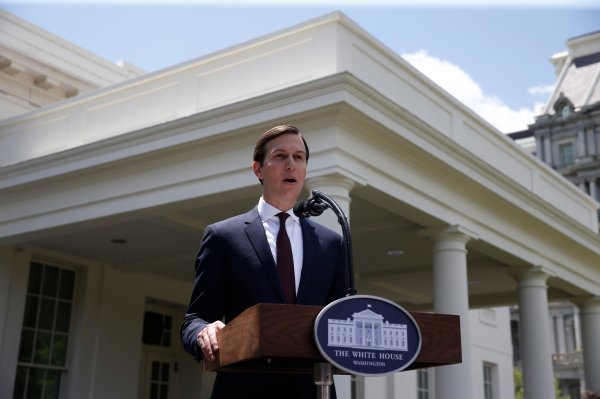 I Worked Hard to Get Top Secret Clearance. It's Troubling That Jared Kushner Didn't
Next Up: Editor's Pick