One in Three Seniors Is Lonely. Here's How It’s Hurting Their Health

Loneliness and social isolation are growing public-health concerns for people of all ages in the United States, from young adults to seniors. Studies have long connected loneliness to a range of health issues that could threaten longevity and well-being, including higher risks of heart attacks, strokes, depression, anxiety and early death.

Now, the latest National Poll on Healthy Aging finds that about a third of seniors are lonely.

In the study sponsored by the AARP, researchers from the University of Michigan surveyed a group of about 2,000 Americans ages 50 to 80. More than a third of seniors in the poll said they felt a lack of companionship at least some of the time, and 27% said they sometimes or often felt isolated; most of the people who said they lacked companionship also felt isolated, and vice versa. Almost 30% said they socialized with friends, family or neighbors once a week or less.

Women were more likely than men to report a lack of companionship, the researchers found, and living alone, not working and living in lower-income homes were all associated with feeling lonely.

Luckily, it looks like loneliness can be reversed, but researchers are still trying to determine the best way to do so, says Dr. Carla Perissinotto, associate chief of clinical programs in geriatrics at the University of California San Francisco (who was not involved in the study). “How to reverse it really depends on the reasoning for why you’re feeling lonely or why you’re isolated,” Perissinotto says.

Resolving the problem of loneliness among seniors often isn’t as simple as getting them together with others or moving them in with their children, Perissinotto says. In fact, the new poll found that seniors who lived with children were more likely to report a lack of companionship than those who didn’t, and Perissinotto’s research has reached similar conclusions.

She says loneliness refers to “the discrepancy between actual and desired relationships” — so it’s possible that someone who lives alone doesn’t meet that definition, while someone in a house full of busy people does. “It gets to the quality of the relationship,” she says.

Perissinotto says it’s important to address each person’s underlying cause of loneliness, whether it’s the death of a spouse, medical problems that make it difficult to socialize or leave the home or unmet social expectations. Doing so takes “understanding and being honest with yourself about whether you could be experiencing loneliness,” Perissinotto says.

While finding solutions for loneliness is highly personal, research suggests the best interventions are those that involve meaningful social contact — whether that’s volunteering, seeing an old friend or something else — at least on a weekly basis, Perissinotto says. “It’s really about the meaningfulness of the activity,” she says, “and [if] you’re forming relationships.” 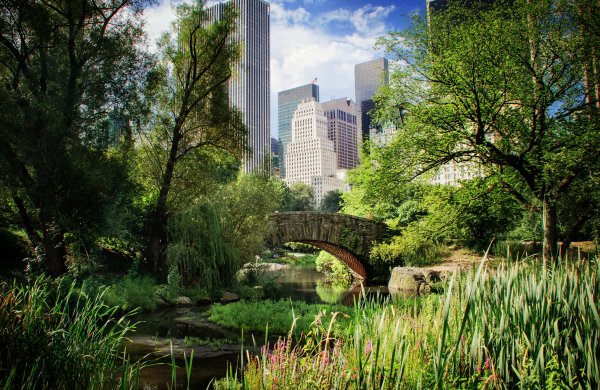 Spending Just 20 Minutes in a Park Makes You Happier. Here's What Else Being Outside Can Do for Your Health
Next Up: Editor's Pick