Trump Walked Away From North Korea Talks. That's Not Such a Bad Thing

When the leaders of the U.S. and North Korea met in the Vietnamese capital determined to make a deal on denuclearization, few predicted that the outcome would be, in a nutshell, nothing.

But when talks collapsed Thursday between President Donald Trump and Kim Jong Un, the consensus among experts was that a whimper was a better way to conclude the summit than a bang.

Trump said talks broke down when Kim brought an unacceptable offer to the table: a blanket removal of U.S. sanctions in exchange for partial denuclearization. Trump entered negotiations at a disadvantage; problems were piling up at home, and Kim may have overplayed his hand on the assumption he’d take a win wherever he could find it.

“They wanted the sanctions lifted in entirety, and we couldn’t do that,” Trump said in Hanoi. “We had to walk away from that.”

Trump and Kim were widely expected to reach some form of agreement that in principle would formally end the Korean War in exchange for concrete commitments on denuclearization — a tradeoff that analysts were ready to call an unacceptable giveaway.

Reporters in Hanoi were caught off guard however when a scheduled “signing ceremony” was suddenly canceled and the White House Press Secretary said in a statement that, “No agreement was reached at this time.”

The underwhelming outcome has already been described as both a “failure” and “the right move.” On the one hand, it delays further talks and throws fundamental disagreements — such as the definition of denuclearization and the importance of inventory in any further negotiations — into stark relief. On the other hand, several experts shared the same sentiment, borrowing a phrase from U.K. Prime Minister Theresa May: “No deal is better than a bad deal.”

“This is the start of a long process,” says David Kim, a research analyst at the Stimson Center. “It’s like there are two lovers; they’re going to have their fights, but ultimately, if they’re committed, they’re going to work it out.”

Jenny Town, a research analyst for the North Korea monitoring site 38North, says the tone of relations “still seems relatively positive,” but the stakes are now higher for a successful outcome. “My worry is that the door is open and there may be a way forward, but we may be moving back to a place where it’s all or nothing.”

Many doubted Kim would ask for full sanctions removal, as the U.S. would be highly unlikely to grant such a move. “I can’t imagine that Kim Jong Un would have said, ‘you must lift all of the sanctions’,” says Town, suggesting Trump may have paraphrased the demand imprecisely.

Just as likely, says Christopher Green, North Korea analyst for the International Crisis Group, North Korea may have had its own reasons to stall a pact, and “therefore put a maximalist position on the table that the American side wouldn’t agree to.”

Whatever the reasons, the summit’s failure to produce an actionable agreement was decidedly not a loss. “Was this the best outcome? No,” says Green. A better conclusion, he says, would have been a fully consultative working-level agreement. But it’s still a long shot.

“I don’t think the prospects for denuclearization have ever been particularly good,” he says. “I think it’ll take a lot of creative diplomacy to unlock all the differences.” 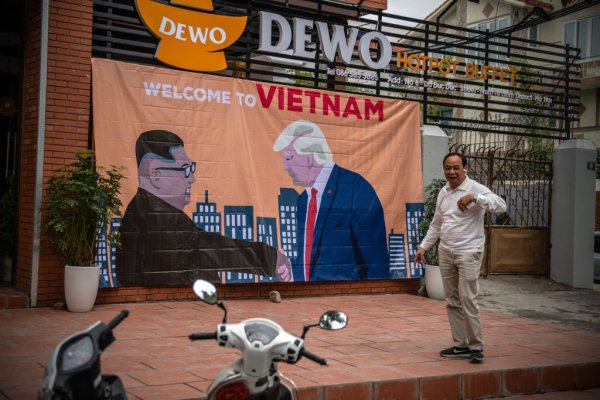 5 North Koreans Weigh in on the Second Trump-Kim Summit
Next Up: Editor's Pick