With the premiere of Game of Thrones season 8 only 45 days away, HBO has released a new collection of character posters featuring each of Westeros’ remaining power players on the Iron Throne.

But while no one should have been shocked to see Daenerys Targaryen (Emilia Clarke), Jon Snow (Kit Harington) or Sansa Stark (Sophie Turner) spotlighted in this new promotional effort, the reappearance of Melisandre (Carice Van Houten) may have come as a surprise to some.

When we last saw Melisandre in the third episode of season 7, she informed Varys that she was leaving Dragonstone to travel to Volantis — one of the Free Cities of Essos that is the location of a prominent Red Temple — before making an ominous declaration concerning both their fates. “I will return, dear Spider, one last time,” she said. “I have to die in this strange country, just like you.”

Melisandre has been a controversial character in the world of Game of Thrones since she was first introduced in season 2 alongside Stannis Baratheon (Stephen Dillane). While she is the one who resurrected Jon after he was murdered by his Night’s Watch Brothers, she is also responsible for burning numerous innocent people, including Stannis’ young daughter Shireen (Kerry Ingram), to death as sacrifices to the Lord of Light.

We’re choosing to reserve judgment until we see what she has up her sleeve in these last six episodes. 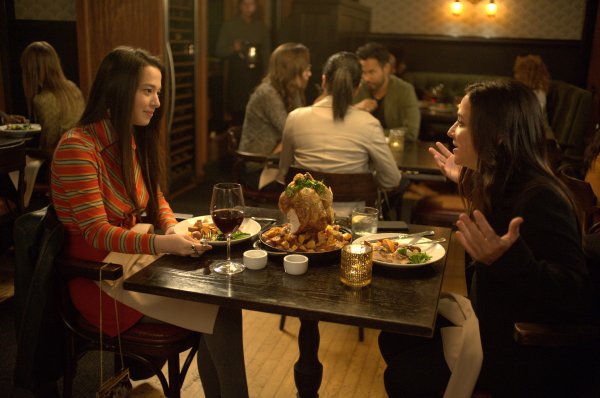