After four whole days of the internet wishing, hoping, planning and dreaming that Lady Gaga and Bradley Cooper were in love in real life following their intimate “Shallow” performance from A Star Is Born at the 2019 Oscars, Gaga has a message to deliver to those online who thought they saw love.

“That’s what we wanted you to see,” the pop star said as she addressed and dressed down the online shippers who insisted Cooper (the film’s director who played Jackson Maine) and Lady Gaga (who plays Ally) had an offscreen romantic entanglement.

“First of all, social media, quite frankly, is the toilet of the internet,” she began during her first post-Oscars 2019 interview with Jimmy Kimmel during Wednesday’s Live! episode.

Gaga and Cooper play two artists who fall in love and it would appear that the performance extended to showtime at the Academy Awards when Cooper slid beside Gaga on the piano bench to belt out the award-winning song.

Despite the fact that Cooper and Gaga are performers, their energy and eye contact on the warmly lit stage was all the internet needed to imagine the connection was more than artistic. But Gaga blames the internet for taking things too far.

Yes, Tony was was another creative partner who sang cheek to cheek with Gaga most notably, on the tune “Cheek to Cheek.”

“When you’re singing love songs, that’s what you want people to feel,” Gaga said. “I’m an artist. I guess we did a good job. Fooled ya!”

On that note, everyone laughed.

Watch the full performance of Shallow at the 91st Academy Awards below.

See some of headline-generating tweets that were not lost on Gaga are below.

“If those two are not in love, they should [definitely] win an Oscar for best acting,” one viewer tweeted.

“Bradley cooper and Lady Gaga acting like they’re the only people in the room for 3 minutes straight,” another shared.

“It’s too much yo!” Leslie Jones wrote, watching along from her abode.

One engaged citizen even planned their future together.

“Bradley Cooper and Lady Gaga getting married For President 2020.”

Watch the full Gaga on Kimmel interview below and stay tuned for the eye roll. The woman is an Oscar-winning artist, a breaker of dreams and a roller of eyes. 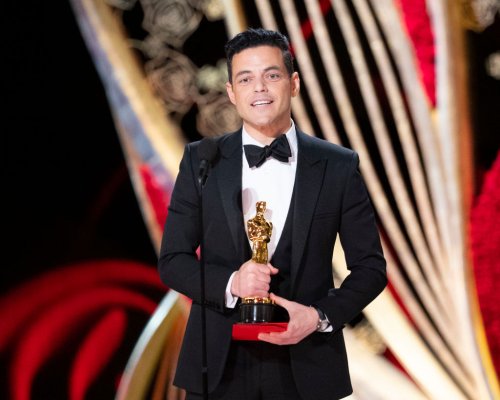