The Author of The Wife Just Had Her First Oscars Experience. But Her Hollywood Days Are Far From Over

‘That’s the icing on a cake I didn’t know was going to get baked.’ —Meg Wolitzer, on the film adaptation of her book making it to the Oscars
An Rong Xu—The New York Times/Redux
By Lucy Feldman

“You still have to walk on the red carpet, even if they aren’t looking at you,” Meg Wolitzer says, swiping through photos from the Academy Awards over breakfast the Tuesday after the ceremony. Less than 48 hours earlier, the novelist had taken her seat on the second mezzanine of the Dolby Theatre, in the same section as Rami Malek’s mother, who would watch her son accept the award for Best Actor. Wolitzer was herself hoping to witness someone important to her collect a trophy: Glenn Close, the star of The Wife, the movie based on Wolitzer’s 2003 novel of the same name.

Close had sailed through wins at the Golden Globes and Screen Actors Guild Awards and so was presumed a shoo-in to win her first Oscar after leaving six previous ceremonies empty-handed. But then Frances McDormand opened the envelope and read off the winner’s name: Olivia Colman, for The Favourite. “There’s nothing you can do,” Wolitzer says, squeezing lemon into her tea at a New York City bistro. “It was an extraordinary evening with a big pang at the end, but it was still extraordinary.”

Recent months have been crazed for the 59-year-old novelist. She’s done press for The Wife since its opening last summer; published a middle-grade novel with her friend Holly Goldberg Sloan in mid-February, then traveled to promote it; and jetted to Los Angeles to bask in Oscar glory alongside Close, with whom she has bonded over, among other things, their pint-size Havanese dogs, Pip and Jet.

The Wife, about the inner life of a woman married to a revered novelist, was optioned soon after it was published, but the movie wasn’t made for more than a decade. One problem had to do with the tension central to the book–the power imbalance between a talented woman and her childish but esteemed husband. “It was very hard to get a man to play a jerk in a film called The Wife,” Wolitzer says. “He has to seem like a jerk but also get second billing.” (Jonathan Pryce took the role, and played it well.)

One could argue there’s something perfectly 2019 about an old, good book by a woman finally getting its due at a time when–to put it bluntly–old, bad men are finally being called out for their sins. Wolitzer points to her most recent adult novel, The Female Persuasion, published just months into the #MeToo movement last year and buzzy for its timely themes, including sexual assault. “These are not new ideas–writing about sexism, male power, misogyny,” she says. But The Wife, like The Female Persuasion, benefits from the reality that, as the novelist puts it, “the conversation has heightened.”

When Wolitzer watched The Wife for the first time, she felt a fresh intimacy with the character. “I always equate it to the end of The Truman Show, when he realizes he’s in an enclosed plexiglass dome,” she says. Joan Castleman, whom Close plays, had been Wolitzer’s and Wolitzer’s alone for more than a decade–suspended within the confines of her novel, like Truman in his fabricated town–and now she was meeting the character anew. She has some previous experience with this: a novel she published in 1988 was the basis for the 1992 movie This Is My Life, Nora Ephron’s directorial debut. She also visited the set of a pilot based on 2013’s The Interestings (though the show never went to series).

Though Wolitzer has, for now, traded her black gown for a black turtleneck, she will keep one foot in Hollywood: three more of her novels have been snapped up by filmmakers. In September, Nicole Kidman announced she would co-produce The Female Persuasion for Amazon Studios. The new middle-grade novel, To Night Owl From Dogfish–a summer-camp story with a “gay Parent Trap vibe”–has been optioned, with Wolitzer and Sloan writing. And an adaptation of her first novel, Sleepwalking, is in the works. Some authors worry their stories will be mangled in the hands of others–indeed, sometimes they are–but not Wolitzer. “Somebody once asked me, ‘Aren’t you afraid of what they’re going to do with your book?'” she says. “I said, ‘Well, my book is on the shelf.'”

Halfway through breakfast, alternating between sips of tea and beet-ginger juice, Wolitzer breaks into an approximate rendition of the Rolling Stones’ “Beast of Burden.” She’s explaining what it’s like, as a published author, to watch someone in a bookstore pick up one of her novels only to replace it on the shelf. “Ain’t I rich enough? Ain’t I rough enough?” she recites in a playful growl. “Like, what? What am I not giving you? What do you need?”

It’s a disarming admission for someone whose life has always revolved around writing. Wolitzer sold her first novel while still a senior at Brown University, published 13 more books since then and married another author, the nonfiction writer Richard Panek. Writing runs in the family: her mother Hilma Wolitzer became a novelist at 44, during the women’s movement in the 1970s. Back then, reviewers called her a “housewife turned novelist.”

Wolitzer once assumed that sexism would fade away by the time she was grown. Not so, she says. In her own industry, literary men are still endowed with an authority that women are not. (For more on this, read The Wife.) “The idea of male experience being representative of general experience, and female experience being women’s experience only,” she says, “is depressing.” Wolitzer has written about the limiting designation of “women’s fiction”–describing it in an essay as “that close-quartered lower shelf where books emphasizing relationships and the interior lives of women are often relegated.”

That hasn’t stopped her from taking on friendship, motherhood and sex in her own books. The Uncoupling concerns the unraveling of a whole community’s sex lives; in the young-adult novel Belzhar, a girl suffers dramatic effects of a heartbreak; and The Ten-Year Nap follows a group of educated women who opt out of the workforce to raise children. But while Wolitzer considers herself a feminist writer, her goal is never to impart a feminist message or map her characters’ lives onto current events. The Female Persuasion was so much in the zeitgeist that the book drew criticism for it, but she had been thinking about the themes it addresses for many years. She would rather create space between the world of her writing and the world she lives in. “I don’t want to be part of the 24-hour news cycle,” she says.

Wolitzer has waited patiently for recognition–only in the past few years has she entered the realm of name-brand writers. She didn’t make the best-seller list until she’d published her eighth novel, in 2008. At two different points during breakfast, she cites two different guiding philosophies for how she has built her career: “You just schlep along and do your work,” she says. “That’s my motto.” Thirty-five minutes later: “My motto is really, ‘If not now, when?'” Even while touring with her latest novel, making Hollywood deals and gracing red carpets, she has kept part of her mind on her next book project. “If you can’t write every day,” she advises, “try to remain connected, sort of like the way children keep their mittens attached to their coats.”

Two days after the Oscars, she’s following her own advice, dashing off to a meeting with her editor. “I just picture myself with a little bindle, the little hobo stick, just walking along and working, because that’s what I’ll do whether something makes it to the Academy Awards or not,” she says. “That’s the icing on a cake I didn’t know was going to get baked.” 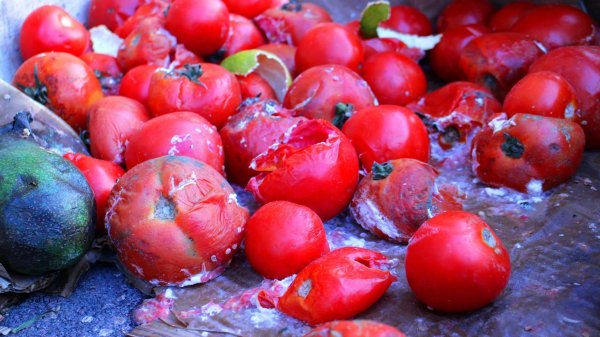 Here's How Rotten Tomatoes Is Going to Be Different From Now On
Next Up: Editor's Pick