Donen, who would receive an honorary Academy Award for lifetime achievement 40 years later, at work in 1958
Ronald Grant Archive/Alamy
Ideas
By Mitzi Gaynor
Gaynor is a Golden Globe–nominated actor

Imagine having to corral Yul Brynner, Noël Coward and me during an outdoor shoot on the Greek isle of Rhodes circa 1959–along with Noël’s delightfully in-character request, “Let’s stop for tea, dear,” just as we’re losing the light. The unenviable task fell to our director, the great Stanley Donen, whom we were privileged to work with on an opus titled Surprise Package. Stanley, who died on Feb. 21 at 94, handled the whole thing with his typical grand style, an incredible eye and tremendous grace.

All three of those characteristics should be familiar to anyone who has even a casual appreciation of his work, if you can be casual about Singin’ in the Rain and On the Town (on which he shared directing credit with Gene Kelly). Or Funny Face, Seven Brides for Seven Brothers, Charade and so many others. If he’d given us only one of those, we’d still be talking about him.

People often speak of a Golden Age of Hollywood when referring to his films. That’s almost too abstract. Stanley helped make the movies sing and dance and be funny, and in doing so made a big, fabulous, golden, make-believe world very real in our lives. What a joy that we’ll always get to delight in those precious gifts of his. 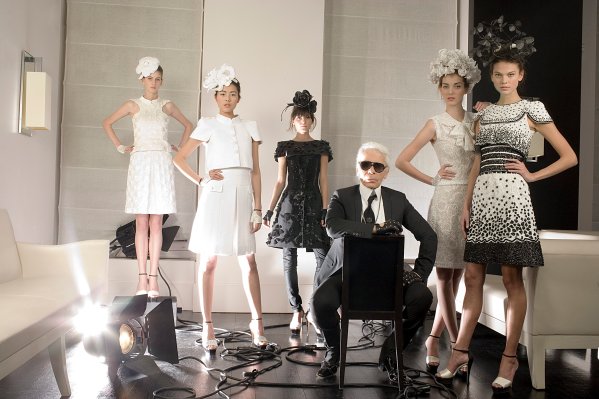 Remembering the Originality of Karl Lagerfeld
Next Up: Editor's Pick