How Hozier Learned to Flirt with the End of the World on Wasteland, Baby!

When Hozier wrote “Take Me to Church” back in 2013, he wasn’t expecting to have a hit on his hands. But after that song — an explosive piece of soulful rock — got Andrew Hozier-Byrne signed to a record label and blew up online, the Irish singer-songwriter turned into a global star overnight. An album and a tour soon followed, with Hozier racking up over 2 billion streams on Spotify alone and over a billion views of his work on YouTube, putting him in league with established artists like Ariana Grande, Ed Sheeran and Adele for play counts.

Now nearly five years later, Hozier is finally releasing his second body of work, Wasteland, Baby! (The exclamation mark is “quite important,” he tells TIME, “to the wry smile” inherent in his work; he tends to blend experiences of devastation and joy.) It’s a worthy follow-up that mixes his particular brand of howling existential pain, whisper-sweet lyricism and uncompromising bluesy musicianship. Standing at well over six feet tall with a mane of unruly long hair, Hozier makes for an imposing presence onstage. But in person, he is soft-spoken and thoughtful.

TIME sat down with the artist to discuss his connection to the musical traditions of eras past and his path to Wasteland, Baby!, which he wrote over the past few years in his small coastal hometown of Wicklow.

Hozier grew up with a musician father, immersed from boyhood with sounds of previous eras of music. By his early teens, he was singing in a band, ultimately teaching himself to play guitar. “It was a long, slow, painful process,” he laughs now. But it dovetailed with his intense fascination with blues and jazz, which would lead him to the music he makes today. “When you’re a teenager and you have something that is your own — your own fascination, your own little world — that was blues music for me,” he says.

TIME: You have a strong connection with American blues, soul and rock traditions. How did those come into your life?

HOZIER: That was the record collection in the house. I started getting into Robert Johnson and Skip James and Blind Willie Johnson.

Were those genres popular where you grew up, or were you doing your own thing?

I wasn’t exactly popular at the time. In the 90s, the cool kids were listening to Nirvana, because it’s not what your parents are comfortable with you listening to. As a teenager, everyone was into pop. [But] I was hooked on blues music and jazz. I thought it was music for grownups. It was quite immediate and visceral, and it was either lusting or raw in some way. Pop music, I just didn’t vibe with.

What was it about jazz and blues that you connected with?

It excited me more than anything else. There was something quite mystifying about this stuff, because it was hard to get my hands on the records, especially when I was a younger kid with a really poor internet connection. I couldn’t get a train into the city and go to a record store. There was a real sense of distance with this music, which only fed into my craving for it.

So fast forward to your first album, which was a whirlwind experience helped along by virality, and now this one. What’s changed?

There was a huge success with [“Take Me to Church”]. That was so unlikely. Things happened in a way that couldn’t be planned for. I was conscious not to veer off track from what my original ethos was when I wrote that song. I found it very helpful to move back to Ireland, spend a bit of quiet time and approach songwriting in a similar way.

Do you have a favorite story about a song and how it came to life on this record?

I think “Nina Cried Power,” because it was a tricky one to write; I nearly abandoned it so many times. When we got Mavis [Staples] on board — she’s incredible, such an important artist and someone the song is really written for and to that legacy, of artists who spoke and sang about things they thought were vital to sing about. And seeing Booker T. [Jones] play organ; that was an absolute dream.

One other thread that runs through your work is advocacy for different social causes, from LGBTQ issues to homelessness to the importance of protest. Why has that been central to you as an artist?

It’s more central to me as a citizen than it is central to me as an artist. That’s a question of being a citizen as part of a society and having values and standing by them. It’s as simple as that. The citizen gives birth to the artist, as opposed to the other way around. I would resist being considered somebody who’s dabbling in political concepts for the sake of it. I would never do that. The intention is to at least write honestly and write how you experience the world at the moment. And that’s not always roses.

Your songs are often at the intersection of suffering and pleasure, or finding connection. Why has that resonated with you as an artist and a writer?

It’s a tricky one. Either way, the listener always finishes the piece, and the listener is always going to bring their own self to the piece. If the work isn’t heard, if it’s not interpreted, it’s meaningless entirely. Growing up, I was seriously in love with Tom Waits’s work, and he sometimes refers to [these types of songs] as “bad news from a pretty mouth,” offering something terrible in a very beautiful way.

The music video for your single “Movement” stars Sergei Polunin, a famous dancer who memorably starred in a dance video set to “Take Me to Church” as well. How did that collaboration come about?

The music video was directed by a team called Us, based in London. They reached out to Sergei, and we had two days in his schedule. He bounces around the world mores than I do! He very kindly came in for one day of camera rehearsal and a shoot. After his performance in the David LaChappelle video, I think new life was breathed into that song; for people in the dancing community, it opened that door to experience the work differently.

Why the title Wasteland, Baby!?

I had demo-ed a good amount of songs and knew my favorites, what the swimmers were. And “Wasteland, Baby!” seemed to sum up the vibe, whether some of the songs are about enjoying taking part in a cultural wasteland or a moral wasteland. [It has that] sense of doom and gloom — and the weird little grin that they carry.

Mavis Staples and Booker T. Jones are the only featured artists on this album. Are there any others you’d like to work with in future?

I would love to work with Tom Waits. I know that’s predictable of me, but there’s very few living artists I could point to that have influenced me as much.

Why do you think older musical traditions and artists of previous generations are so important to you?

There’s so much music that I have gotten so much out of personally, and found so many universal commonalities with music that was recorded, let’s say, 100 years ago. For people of my generation and younger fans, it’s nice to set up a little breadcrumb trail, to say “check this out.” That’s something I’ve always loved about soul music: there’s examples of it being quite self-referential. In the album I sometimes characterize the songs as a “taking stock of” — a taking stock of things that have passed, that can be lost, that might be said farewell to, like musical traditions and memories. It’s not all as bleak as that, but partly there’s that nod. 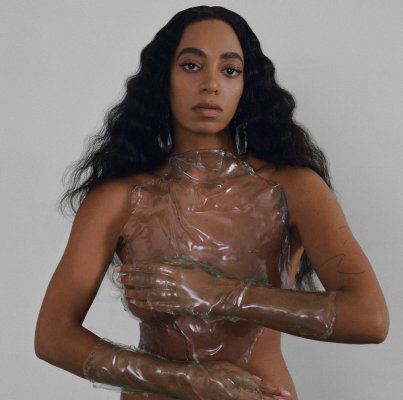