Donald Trump Jr. and Eric Trump Are Lashing Out at Michael Cohen on Twitter

Amid the public testimony in front of the House Oversight Committee. Republican Rep. Jim Jordan alleged that Cohen was motivated to attack Trump because he didn’t get a job in the White House.

During the exchange, Cohen said that he was offered a White House job in the counsel’s office, which he declined because he if he took a position, he would no longer have attorney client privilege.

“Michael was lobbying EVERYONE to be “Chief of Staff.” It was the biggest joke in the campaign and around the office. Did he just perjure himself again?,” Trump alleged.

Cohen was sentenced to three years in federal prison in December after he plead guilty to campaign finance violations, tax evasion and making false statements. 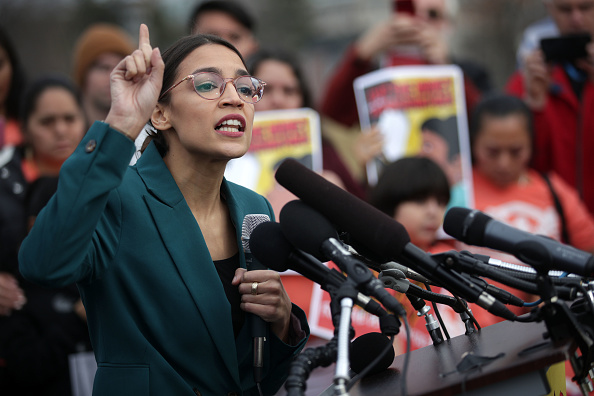 Alexandria Ocasio-Cortez Invoked Pop Culture to Hit Back at a Critical Billboard
Next Up: Editor's Pick