There Is a Better Way to Teach Students with Learning Disabilities

Getty Images
Ideas
By Jo Boaler and Tanya LaMar
Boaler is a professor of mathematics education at Stanford University, where LaMar is a doctoral student.

About five decades ago, scientists believed that our brains were fixed — either at birth or by the time we were adolescents. This led to the schooling approach that now fills schools: identifying learning disabilities, providing accommodations and working to students’ strengths. Recently, though, the scientific world has found that this may be wrong — and that even students diagnosed with learning disabilities may develop the brain pathways they need, through careful teaching.

Scientists have discovered that every time we learn we end up forming, strengthening or connecting brain pathways. It is a process of almost constant change in the brain. As neuroscientist Norman Doidge has written, every day we wake up our brains have reorganized. Our minds are incredibly adaptable.

This knowledge of the brains’ continual potential to change has led scientists and educators to take a wholly different approach to students with disabilities. Instead of working around areas of weakness, scientists now identify brain areas in need of support, then strengthen them, building much-needed pathways. In one small study, researchers gave a brain intervention to 24 children, ranging from seven to twelve years old, who were either clinically diagnosed with dyslexia or recorded as having significant reading difficulties. These children were given an intensive eight-week-long reading intervention program, for which they participated in one-on-one training sessions for four hours a day, five days a week. The study used an assessment where the average student without reading difficulties scored between 85 and 115. Before the study, the group who underwent the intervention was well below this range. However, by the end of the study, the average participant in the intervention scored 92 — meaning they were well-achieving scores for typical readers. A similarly promising study found that eight weeks of 40- to 50-minute sessions per day made children who had been diagnosed as having mathematics learning disabilities achieve at the same levels as a group of regular performers. Simply put, a short period of time with careful teaching can help rewire students’ brains.

This is not only the case for students assigned to special education. Dramatic changes in student achievement can also come about when teachers engage students in multiple ways. Mathematics is our specialty, and we are frequently frustrated to see the narrow ways mathematics is taught in many schools: teachers show methods and students reproduce them. When schools emphasize a narrow way of thinking, students who think more broadly turn away from the subject or worse, become labeled as having a disability. Students come to believe they are “not a math person” and that they are incapable. There are many problems with the procedural approach to mathematics that emphasizes memorization of methods, instead of deep understanding. One is that some students are not good memorizers. These students do not have less mathematics potential and often they are students who think creatively and visually, have strong reasoning and logic, and who could contribute greatly to the discipline of mathematics. Sadly, such students are not valued in memorization classrooms, and they quickly get the idea they are not a “math person,” which changes their learning from that point on.

We recently ran a summer mathematics camp for students at Stanford. Eighty-four students attended, and all shared with interviewers that they did not believe they were a “math person.” We worked to change those ideas and teach mathematics in an open way that recognizes and values all the ways of being mathematical: including making conjectures, problem-solving, communicating, reasoning, drawing, modeling, making connections, and using multiple representations. After eighteen lessons, the students improved their achievement on standardized tests by the equivalent of 2.7 years. When district leaders visited the camp and saw students identified as having learning disabilities solve complex problems and share their solutions with the whole class, they became teary. They said it was impossible to know who was in special education and who was not in the classes.

In other studies that took a similar approach, teachers have found that students diagnosed as having learning disabilities contribute a great deal, communicating sophisticated thinking strategies. A number of different studies have shown that when students are given the freedom to think in ways that make sense to them, learning disabilities are no longer a barrier to mathematical achievement. Yet many teachers have not been trained to teach in this way.

Not all students will achieve at the same levels. Some students do have learning differences that need special attention. But many students develop the incorrect idea that they cannot be successful even though they can.

When students move from labels of special education to high mathematics achievement, many factors are at work, including educators or parents who believe in the students. The students develop beliefs that they can grow and learn. A large body of research has now shown that when students develop this mindset they go on to higher achievement and their brains function more effectively. It is hard, though, for students to think this way if they are learning in school systems that communicate the opposite idea — that only some students can be successful.

This happens moment to moment. If we change how teachers, parents and even students themselves react when students struggle, then we can dramatically improve how they learn. Neuroscience and educational research shows that times of struggle are some of the most productive times for brains, and they should be celebrated. If students face struggle and think that it is a time of challenge and brain growth, rather than assuming they are failures and not “math people” — not “science people” or “history people” or simply incapable of any subject — their paths to learning will change. This takes different messages from teachers and parents, especially around times of struggle.

Though there are also larger structural fixes. We work with schools now that have special educators who help students without labels and always refer to learning differences, rather than learning disabilities. This may seem like a small linguistic shift but it is one that changes students’ perceptions and pathways. All learners are different and that is something to be celebrated. Teaching would be a very un-rewarding job if we asked learners questions, and they all gave the same answer and thought in the same way.

One of us was very struck by the recommendations that came to her as a parent for her own child with dyslexia and auditory processing difficulties. All of the recommendations for the teaching she should receive and that would really help her — to see content and ideas in different ways, to engage with multiple media and methods, to avoid disconnected facts, or find ways to connect them — seemed like good teaching for all students. Perhaps we should not even call it special education. Maybe there is a better name: a good education.

This is adapted from an article published by YouCubed and contains extracts from Boaler’s new book, Limitless Mind: Learn, Lead & Live without Barriers. 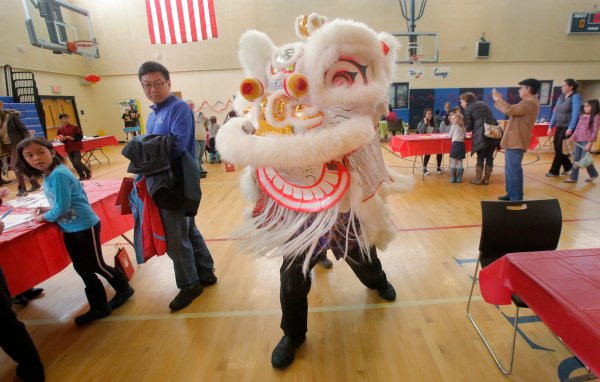