On Sunday night’s Last Week Tonight, John Oliver focused on jobs, or “the thing that every kid gets asked about.” When asked what they wanted to be when they grow up, the kids interviewed in the video, done by Cut.com’s HiHo team, listed things like lawyer, pilot, artist, doctor and mermaid doctor. (“Everyone wants to be a mermaid doctor until you have to do your first mermaid colonoscopy,” quipped Oliver.) However, thanks to automation and robots entering the workforce, there’s a good chance that the jobs of the future are not the jobs of the past and children need to start preparing for that.

As Oliver pointed out, one of the major themes of President Donald Trump’s campaign was jobs, “along with, of course, walls, taco bowls, allegations of sexual assault and admissions of sexual assault,” added Oliver. While Trump put the blame on companies moving their factories overseas to countries like China and Vietnam, he failed to mention the fact that many jobs were being lost to something at home—automation. “Our manufacturing sector now produces twice as much, but with one-third fewer workers,” said Oliver. Thanks to technological advances, job losses to robots look set grow in the very near future.

A study from Oxford University said that up to 50% of human jobs are at high risk of being automated, which is a startling and potentially terrifying number—at least for everyone but Oliver. “A robot could never be a late night host,“ joked Oliver, “It would make basic mistake like devoting 90 seconds of air time to a list of dumb names Trump might have for other countries.” Which, of course, is exactly what Oliver did.

“Automation often seems like a scary new problem, but it’s neither entirely scary nor entirely new,” Oliver said. He pointed out things like ATMs and telephones working without operators as past automation advances.

While Oliver may not be nervous about his own job, other people certainly are wary. Author Farai Chideya writes that in the very-near future, humans need to be prepared for “episodic careers” encompassing multiple careers over the course of a lifetime. Because of the changing nature of work, Oliver thinks the Trump Administration should focus less on job loss to other countries and more on retraining employees who lose their jobs to automation, as well as wage insurance for workers who have to take lower paying jobs, and an expanded Earned Income Tax Credit.

However, that all costs money, which Oliver doubts the Trump Administration is willing to spend. To that end, Oliver notes that we have to start preparing younger workers for the realities of the job market we’re about to enter. “The girl from before who said [she wanted to be a] mermaid doctor, may need to come up with a back up plan,” said Oliver. 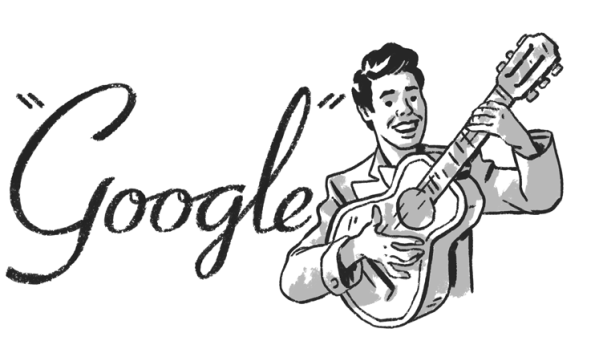 'I Love Lucy's Desi Arnaz Honored in Google Doodle
Next Up: Editor's Pick