Every second that Lady Gaga and Bradley Cooper appear together onscreen in A Star Is Born — now an Oscar-winning film, thanks to its prize for Best Original Song for “Shallow — their chemistry is obvious.

The pop star and actor first met when Gaga was trying out for the role; Cooper, of course, did indeed end up casting her as his leading lady in her big screen debut. In the lead-up to the Academy Awards, the pair shared a series of praise for each other and their experience filming A Star Is Born. And when they finally took the stage on Oscars night to perform “Shallow,” in a stripped-back set with only a piano and the two of them in the spotlight, audiences were once again reminded of the connection that the pair have built over the course of their time working together.

Here are excerpts of their best quotes about each other.

On meeting for the first time:

“I was at a cancer benefit with my mother,” Cooper told W Magazine of first seeing Lady Gaga perform. “I really did not know Lady Gaga’s music. They had a surprise musical guest, and Stefani came out with her hair slicked back, and she sang ‘La Vie en Rose.’ I was blown away… I called her agent the next day and said, ‘Can I go to her house and meet her right away?’ I drove to Malibu, and we sat on her porch, and the next thing I know, I’m eating spaghetti and meatballs, and I said, ‘Can we sing a song together?’”

“From the moment we met, I felt a kindred spirit in him,” Lady Gaga told TIME. “And as soon as I heard him sing, I stopped dead in my tracks. I knew he could play a rock star. Actually, he’s the only actor on the planet who could play this one.”

“She entrusted me with giving herself so she could reveal herself to be the actress that she is,” Cooper told TIME, “and I entrusted her that I would be able to become the musician that I was terrified to be.”

On their chemistry together:

“It’s one of those things,” Lady Gaga told Entertainment Weekly about their chemistry. “And I think also we’re both from the East Coast.”

“We both have an Italian upbringing,” Cooper added in the same interview. “Our families are very similar.”

Gaga went on: “Before I knew it, I was making him spaghetti and meatballs. It felt right. I was really kind of willing to do anything to show the studio and to show him that I had what it took to play this role.”

On how close they’ve become:

“She knows everything about me — everything. There is not one thing she doesn’t know, and I believe the same for me,” Cooper told EW. “It’s just so funny how life works. It’s like, ‘So in five years you guys will be inseparably close.'”

“I love her so deeply,” Cooper also told TIME about Gaga. “It’s because we were at our most vulnerable together.”

“The whole thing is that these two people found each other and it is a pure love. And it is easier when you have somebody with you going down the road. And I had that with Stefani going down this road. I can’t imagine having the courage to do it without her,” Cooper further explained at the Toronto Film Festival.

“This entire experience was life-changing… I don’t know that I’ve ever had a closer artistic relationship than I have had with Bradley, a closer exchange,” Gaga said at the same event. “It meant a lot to me, and I think to both of us, that at the beginning of making this film we kind of shook hands literally and he said, ‘You are an actress.’ I said to him, ‘You are a musician.’”

“I mean, when I heard that Bradley was attached to A Star Is Born and that he would not only be starring in it but that he would be directing it, I was so excited because I was already such a huge fan of him as a brilliant actor. I just knew that whatever he was gonna do was gonna be an explosion of his talent. I couldn’t believe that he wanted me to be the girl,” Lady Gaga said to EW.

“He sings from his soul. He sings from his gut. There are people who can do many acrobatics with their voice, but to tell a story with his voice is a different animal,” Gaga told an audience at the Toronto Film Festival. “That was us singing together for the first time—we were laughing, harmonizing, singing… The truth is, I made this film with Bradley because I believe in him as a filmmaker, an actor, as a screenwriter, as a musician. He has it all in spades, and I just feel very privileged to be here onstage with you tonight.”

“I am so glad you are going to see the movie,” Gaga also told reporters. “But in a way, I wish I could give you what we all got to experience working for him, because it really was an honor and a privilege to witness.”

“Lady Gaga is just kind of a revelation,” Cooper told Robert De Niro during a conversation at the Tribeca Film Festival. “She said right from the beginning that this was going to be a bargain. ‘I’m gonna rely on you to get a performance that’s honest out of me,’ because she’d never done a film before, ‘and I’m gonna make sure you that turn into a musician, because we’re going to sing everything live.’… And she’s right. So that was terrifying, but I really relied on her.”

“She leveled the entire room when she came out,” Cooper said at the Toronto Film Festival, recalling seeing Lady Gaga perform “La Vie En Rose” at a benefit — the moment he decided she needed to be his star. “It was insane. And I thought, right then, that song is in the movie.”

“I’m just so glad God gave her the talent that she has and he chose her because that’s quite a vessel to go through,” Cooper told Good Morning America about Lady Gaga. “Because it’s really what you do with it, and she’s such a beautiful human being.”

“No actress can do musically what I needed Stefani to do in 42 days of shooting: I needed plutonium. And the plutonium in A Star Is Born is Stefani’s voice,” Cooper told W Magazine.

On the filming process:

“It was up and down,” Lady Gaga told EW of her time on set. “But you know what? I have an incredible director and friend and lead actor, and I had him by my side the whole time and we did it.”

On working together in the future:

“That would be amazing,” Cooper told EW. 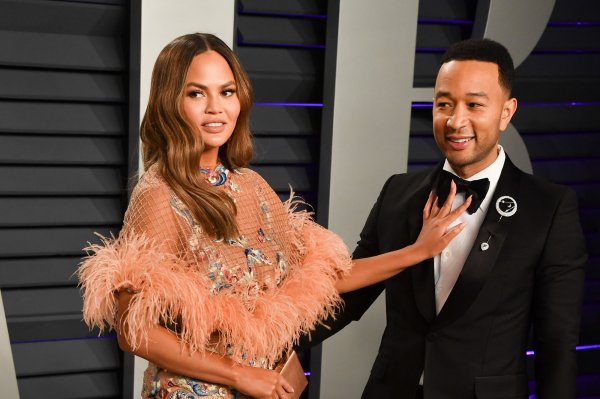