Richard E. Grant has had a pretty great awards season, by all accounts. The longtime character actor — nominated as Best Supporting Actor in Can You Ever Forgive Me?, which stars Melissa McCarthy — has been on a roll over the past few months, sharing his experience on the festival and event circuit meeting other famous celebrities and generally reveling in his time with Hollywood’s A-list.

And Sunday night’s Oscars ceremony was no exception. First, the cameras cut to Grant when Barbra Streisand strolled on to the stage to introduce BlackKklansman, capturing Grant’s delighted response to seeing the celebrated actress make her appearance. Later in the evening, Grant’s joy was doubled when he actually got to meet Streisand in person, sharing his feelings on Twitter.

“Being Oscar nominated was pretty amazing, but meeting with @barbrastreisand and having a proper conversation was an absolute astonishment,” he wrote, alongside some candid snapshots. “40 carat Gold [sic].” He added a selfie: “Suitably blurry-eyed selfie with @BarbraStreisand who is EVERYTHING I’d hoped, expected & dreamt she’d be,” he wrote, anointing her “Queen Bee.”

Others in Grant’s selfie sphere for the evening: Octavia Spencer, Emma Stone, Samuel L. Jackson, Paul Rudd, Nicholas Hoult and Joe Alwyn, Chadwick Boseman, and the beloved comedy trio of Amy Poehler, Maya Rudolph and Tina Fey, who happened to be seated behind Grant after they delivered an opening award (and who Grant referred to as “comic muses”). Not a bad night at all for Grant, even if he ended up losing out on the Oscar trophy to Green Book‘s Mahershala Ali. 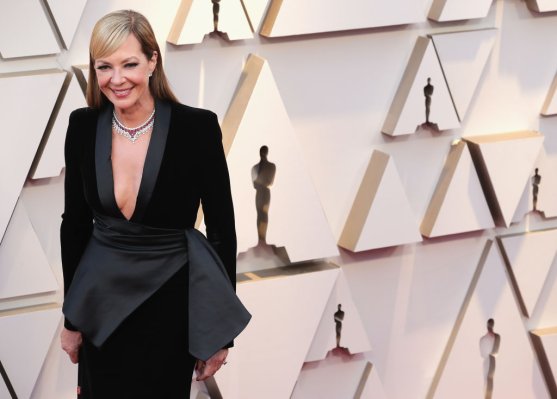 All the Delightful Things That Allison Janney Did at the 2019 Oscars
Next Up: Editor's Pick