Olivia Colman’s reaction after her Best Actress win at the 91st Academy Awards endeared her to everyone watching.

Colman’s win for playing Queen Anne in the period piece, The Favourite, came as somewhat of a surprise. While she’s been an audience favorite throughout the awards season, from the Golden Globes to the BAFTAS, it was widely thought that Glenn Close — who has now been nominated for an Oscar seven timeswithout ever winning — would get her moment

Though she appeared shocked herself, Colman’s sheer joy and awe at winning was infectious. “This is hilarious,” she said. “I’ve got an Oscar.”

Colman also recognized Close. “You’ve been my idol for so long. This is not how I wanted it to be,” she said.

Moving through tears and jokes, including blowing a raspberry when asked to wrap up her speech, Colman also thanked her children, parents and husband, noting that he was crying in the audience. 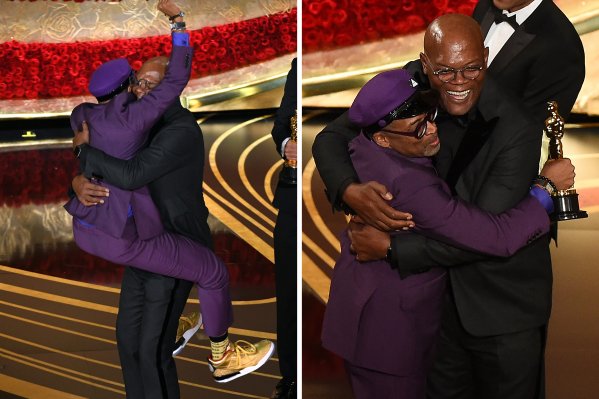 This Photo of Spike Lee and Samuel L. Jackson at the Oscars Is Utter Joy
Next Up: Editor's Pick