This Photo of Spike Lee and Samuel L. Jackson at the Oscars Is Utter Joy

There was a lot of joy to be had onstage at the 2019 Oscars, but Spike Lee and Samuel L. Jackson’s hugging moment may have won the night.

Their big bromance moment didn’t start then, though. Jackson joked that he went off-script to let Lee, a New York Knicks fan, know that his team had finally won a game, before presenting the award with Captain Marvel‘s Brie Larson.

A film industry legend, Lee was previously nominated in 1990 for Writing — Screenplay for Do the Right Thing, which featured Jackson in one of his first film roles, and in 1998 for his documentary 4 Little Girls, but had never won an Academy Award. Jackson, who presented the award on Sunday, was nominated in 1994 for his supporting role in Pulp Fiction.

It wasn’t the first time the longtime friends and collaborators shared a celebration of firsts, either: One of Jackson’s first breakthrough roles was in Spike Lee’s 1991 film Jungle Fever, for which the actor won a special jury prize at the Cannes International Film Festival. 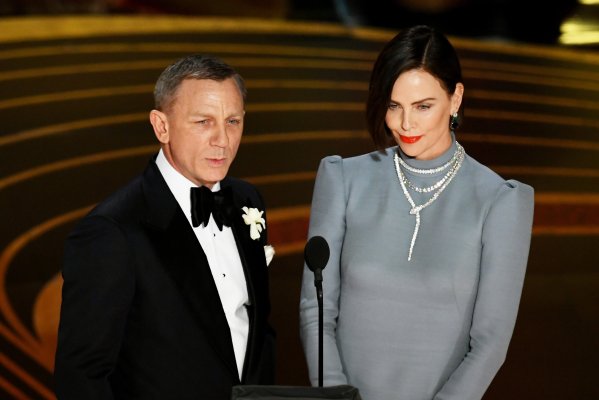 Oscars Viewers Have Nominated Charlize Theron as the Next James Bond
Next Up: Editor's Pick