'There Was No Collusion.' Sarah Sanders Predicts Mueller Report Will Clear Trump

A White House spokeswoman predicted that Robert Mueller’s final report, which could be issued as early as next week, will vindicate the president.

“We feel good about the fact that what we’ve said all along for the last two years will be clear,” White House Press Secretary Sarah Sanders said on ‘Fox & Friends’ Friday morning. “There was no collusion.”

“The idea that President Trump needed to collude with Russia in order to beat Hillary Clinton is frankly laughable,” Sanders continued. “He was an infinitely better candidate with a better message, and he outworked her. That’s why he won. It had nothing to do with Russia, or any other country for that matter. It had to do with the fact that he was simply better than she was.”

Since Mueller was appointed special counsel nearly two years ago to investigate Russian efforts to interfere in the 2016 election, he has indicted or gotten guilty pleas from 34 people and three companies that we know of, including six former Trump advisers.

CNN first reported on Wednesday that Attorney General Bill Barr is preparing to announce the end of Mueller’s investigation as soon as next week. Sanders didn’t indicate whether the White House had received any word from the Justice Department about an imminent end to the investigation. “We’re seeing the same reports that you are that it’s possible that this is coming to a conclusion,” she said on Fox.

Sanders also told reporters at the White House Friday morning that Trump is “following the proper process” by not calling for the public release of Mueller’s report, according to CNN, because that decision is up to Barr. “If he did it the other way, you guys would go crazy saying ‘I can’t believe the president’s done this!’ I think it’s such a double standard. He’s following the process and we’ll see what happens,” Sanders said. 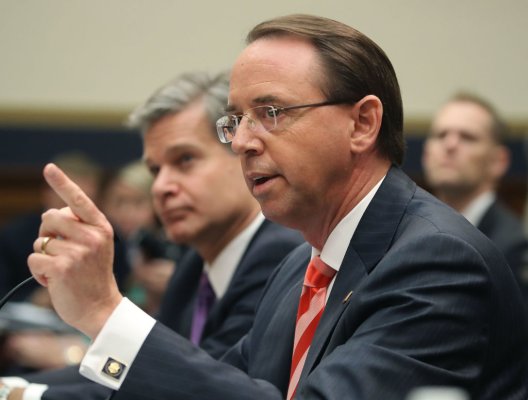