Steve Irwin Would Have Been 57 on Friday. Google Is Honoring Him With a Doodle

Steve Irwin would have been 57 years old on Friday. Google is honoring the renowned crocodile hunter with a Google Doodle that tells the story of his life and legacy.

The Australian, who was known for wrestling crocs and saying “crikey!” died in 2006 when he was pierced in the heart by a stingray barb while filming a nature documentary.

As well as hosting the popular television show The Crocodile Hunter, which brought his work into the homes of half a billion people around the world, Irwin was a committed conservationist who helped relocate endangered crocodiles… after wrestling them into submission.

Irwin is survived by his wife, Terri, and his two children Bindi and Robert.

“Thank you for always being my guiding light,” his daughter Bindi wrote on Twitter.

Irwin’s son, Robert, added that the Google Doodle was “a perfect way to celebrate his birthday, sharing everything he did to make the world a better place.”

“Steve Irwin was a loving father and husband who dedicated his life to protecting wildlife and wild places,” Steve’s widow Terri told Google.

“Today we continue his mission by working to overturn recent legislation in Queensland which allows crocodile egg harvesting from vulnerable crocs in the wild to support the commercial leather trade.” 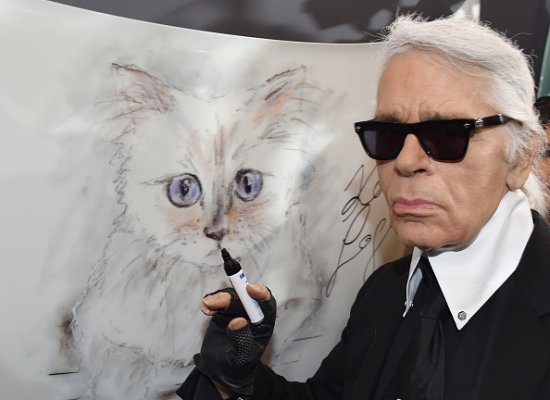 Karl Lagerfeld's Beloved Cat Has a Heartfelt Tribute to Her 'Daddy'
Next Up: Editor's Pick