The Military Is Cracking Down on Immigrant Recruits. But Advocates Say It's Ignoring a White Nationalism Problem

This image provided by the U.S. District Court in Maryland shows firearms and ammunition in the case against Coast Guard Lieutenant Christopher Paul Hasson.
AP
By Abigail Abrams

Civil rights advocates say the arrest of a Coast Guard lieutenant charged with planning a massive domestic terrorist attack show the military has allowed a problem with white nationalism in the ranks to fester while it focused on aggressively vetting immigrants.

Since 2017, branches of the U.S. military have boosted background checks on immigrant recruits, changing the naturalization process, adding extra security screenings and discharging hundreds who had been recruited specifically for valuable foreign language and medical skills.

At the same time, advocates charge that military officials have failed to take effective action to root out enlistees who support white nationalism and white supremacy, pointing to the case of Christopher Paul Hasson, who was arrested last Friday, as a notable example.

“[The vetting] is not happening to native-born Americans at all,” said retired Army Reserve Lt. Col. Margaret Stock, who has fought for the rights of immigrant enlistees in court. “That’s one of the reasons why they’re having such a huge problem right now with white supremacists in the military. That’s actually the big security threat right now.”

Hasson worked at U.S. Coast Guard headquarters in Washington, D.C., since 2016. He previously served in the Marine Corps from 1988 to 1993 and then spent two years on active duty in the Army National Guard, according to court filings.

All the while, he apparently held white nationalist views and more recently worked to stockpile weapons and other supplies for a potential attack. “I am a long time White Nationalist, having been a skinhead 30 plus years ago before my time in the military,” he wrote in a letter to himself, the court papers say.

Advocates say he’s just a symptom of a larger problem. After the white nationalist protest in Charlottesville in 2017, a survey by the Military Times found that nearly one in four U.S. troops said they had seen white nationalism among military members. Thirty percent of respondents also said that white nationalists posed a significant threat to national security.

But the military’s most recent focus has been on toughening standards for immigrants who want to enlist.

The U.S. Army discharged more than 500 immigrant enlistees last year, the Associated Press reported in October, after those immigrants were recruited for their skills and promised a path to citizenship. These immigrants entered the Army under the Military Accessions Vital to the National Interest (MAVNI) program, which started a decade ago to bring in people who had vital language and medical skills.

The program helped the military fill its ranks and add global knowledge, according to Stock, who helped create MAVNI and is now an immigration attorney.

“What changed was simply a new person came into power at the Pentagon who didn’t like immigrants,” she said.

After the AP first reported on the discharges last summer, lawsuits were filed claiming that some of the decisions were given without cause, and the Army temporarily stopped discharging immigrant recruits.

But many have still been discharged, and new security programs are being put in place. The Washington Post reported last month that the Defense Department is working on a plan to examine military recruits with foreign ties, including some U.S. citizens. And multiple reports have documented the way that the Pentagon’s vetting system for MAVNI recruits now can flag activities such as playing video games with noncitizens, having parents in a foreign country or following news of lawsuits against the Pentagon as suspicious.

The Pentagon has pushed back on complaints about how it has handled MAVNI recruits, saying the system is working normally. A Pentagon spokeswoman told Task and Purpose that long wait times for background investigations can happen because MAVNI recruits often come from countries with lots of terrorist activity and poor government records.

Stock says that these extra security screening efforts are a waste of time.

“They were all legal and they were all vetted by DHS. Every single MAVNI had to be cleared by the Department of Homeland Security in order to enlist,” she says. “The Pentagon is spending enormous amounts of money vetting immigrants over and over and over again. A lot of the vetting is silly. They spend millions of dollars trying to figure out if an immigrant’s parents are foreigners, when they know they’re foreigners coming in because they’re an immigrant.”

At the end of January, a federal judge in Washington ruled that some of the Defense Department’s actions have been discriminatory. U.S. District Judge Thomas Zilly said the Department could no longer “continuously monitor” soldiers who are naturalized citizens or require them to undergo checks every two years, when the requirement did not apply to U.S.-born soldiers.

Some members of the military and veterans have spoken out against the crackdown on immigrants.

“The leadership at the Pentagon is sending a terrible message that the U.S. military does not welcome anybody who has connections to foreign countries, which is totally counterproductive,” Stock said. “We need people in the military who speak foreign languages, who understand foreign cultures, who come from foreign cultures. It’s been a long tradition that those folks serve and we can’t deploy globally without them.”

She argued that the stricter scrutiny of immigrants may even be contributing to the problem of white nationalism. 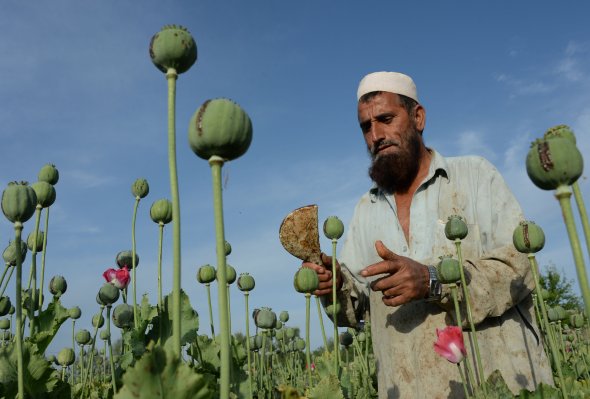