Head-to-Head Breakdancing Battles As an 2024 Olympic Sport? It's a Possibility

The summer Olympic Games are a chance for athletes from around the world to show off their skills in the pool, in track and field and gymnastics, and, if organizers have their way, in breakdancing. That’s right, it’s time to bust out your kneepads, the Breakin’ 2: Electric Boogaloo soundtrack, and your flyest sneakers and start practicing your headspins.

Organizers of the 2024 Olympic Games, which will be held in Paris, have proposed that breakdancing should be included as a new sport in the Olympic program, along with surfing, climbing, and skateboarding, which are already set to debut at Tokyo 2020, The Telegraph reports. The Paris 2024 organizing committee argued for the sport’s inclusion on the grounds that it is already legendary for its dance battles and breakdancing is an “urban, universal and popular sport with more than a million BBoys and BGirls” already busting a move in France. Plus, head-to-head breakdancing battles already made an appearance at last year’s Summer Youth Olympic Games in Buenos Aires.

The decision to include the sport, which grew up alongside hip hop in the South Bronx of New York City, isn’t final yet, as the International Olympic Committee (IOC) has until December 2020 to make a decision. However, based on their response to the announcement, they seem all in on the idea. “We are pleased to see that Paris 2024’s proposal for new sports to the Olympic programme is very much in line with the reforms of Olympic Agenda 2020, which is striving to make the Olympic programme gender-balanced, more youth-focused and more urban,” an IOC statement read, per The Telegraph.

If breakdancing does make the cut, it will join the 28 sports already in the Olympics program. While some people may balk at the idea of breakdancing as an Olympic sport, never forget that both horse long jump, dueling pistols and solo synchronized swimming were all considered worthy back in the day. 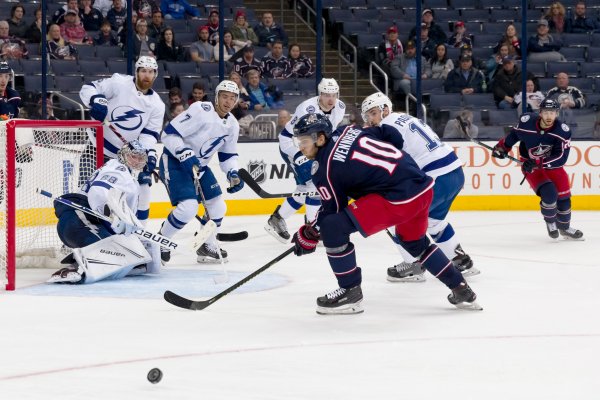 This Hockey Announcer Had a Seriously Close Call with a Puck
Next Up: Editor's Pick