Migrant Children Are Still Being Separated From Their Families: Report

Migrant children file through a tent city in Tornillo, Texas, on June 18. The U.S. houses unaccompanied minors at the detention facility, which came under scrutiny amid controversy over the Trump Administration’s family-separation policy, which was later reversed.
Mike Blake—Reuters
By Abby Vesoulis

The Trump Administration’s family separation policy officially ended in June of 2018, but family separations continued at high rates well after that, according to a report from a leading legal nonprofit.

The Texas Civil Rights Project identified 272 adults separated from family members in or near McAllen, Texas during the six months that followed President Donald Trump’s signing of an executive order to reverse a zero-tolerance policy that led to separations.

Efrén C. Olivares, the organization’s director of racial and economic justice, told TIME the report shows that family separations are ongoing. “Families have been separated in extraordinary circumstances for a while, but only with a justification,” he said. “Here, we are seeing that is happening at a large scale without justification.”

The Department of Homeland Security admitted in December that 81 children were separated from their families between June and November 2018. At the time, the department said these separations were necessary due to extenuating circumstances such as criminal activity, gang affiliations or hospitalizations.

“As we have already said — and the numbers show: separations are rare,” said DHS spokeswoman Katie Waldman. “While there was a brief increase during zero tolerance as more adults were prosecuted, the numbers have returned to their prior levels.”

But the Texas Civil Rights Project refuted that number as well as the idea that separations made out of legitimate concerns for the safety of children have returned to their previous levels. If approximately 50 children were separated from parents or legal guardians near McAllen alone, the report argues, than it seems unlikely that only 35 more were separated in the dozen-plus other federal districts where Customs and Border Protects agents screen and refer undocumented migrants to federal prosecutors.

The Texas Civil Rights Project began researching the policy back when it was first announced. “It was shocking and that’s why there was such public outrage,” Olivares said. “Now, the news cycle has moved on, but what this report tries to do is bring it back and show that this is still happening, we should be as outraged as we were back in June of 2018.”

Parents separated from their children are too busy being worried about if and when they’ll be reunited to investigate policy changes that could lead to their separation in the first place. “The families we talked to aren’t concerned about executive orders or injunctions or zero tolerance policies, they want to know when they are going to see their child again. That’s their main concern, without exception,” Olivares said.

The nonprofit’s report joins a Health and Human Services Inspector General one from January that also suggests more families were separated along the Southern border than previously indicated by the Trump administration. That report suggests that thousands of children may have been separated from their families before Sessions formally announced the policy, and that Health and Human Services has encountered serious setbacks in accounting for the total number of affected children.

“To take someone’s child for no other reason than they crossed the border — to deprive a 3-year-old, a 4-year-old of their mother or father with the child not knowing when they’ll see them again or not understanding the reason for the separation — is an outrageous human rights violation that should not be tolerated anywhere,” he argued. 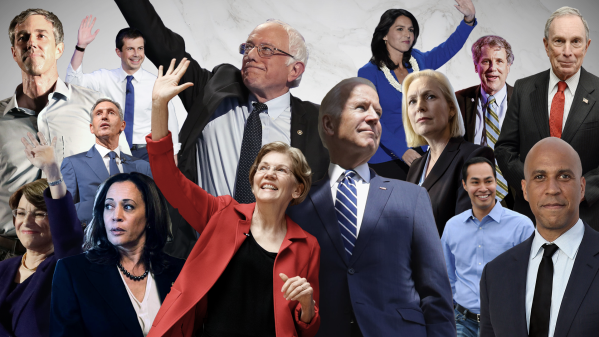