What’s the best way to get from point A to point B in the snow? According to a new viral video, skiing behind your horse and buggy.

In a video captured by Jennifer Staggemeyer of Waukon, Iowa, an Amish man is seen skiing on the side of the road being pulled by a horse and buggy that appeared not to have a driver.

In an interview with KWWL, Staggemeyer said that she initially thought that the horse and buggy was stuck in a ditch. When she got closer and saw that the this was a recreation situation, she was tickled. She did have two queries about this joy ride, however — first, how the man was able to keep his hat on during his endeavor and secondly, the safety of his feat.

“We were hoping he had a spotter because what if he wiped out?” she said. “No one would know!” 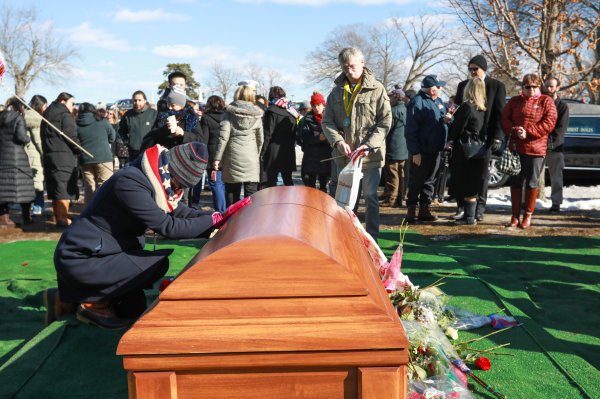 Hundreds of Strangers Rallied for This WWII Vet's Funeral
Next Up: Editor's Pick