If you’ve heard of Beyoncé, then you’ve heard her hit song “Crazy In Love” from 2003 featuring husband Jay-Z. And you’ll probably appreciate this now-viral two-year-old child’s pure, unbridled joy in dancing to the song, shared on YouTube by her mom earlier in the past week.

“Our almost two-year-old little girl loves to dance, and after being inspired by another little girl dancing, we caught the most epic hair blowing, corn dog eating, Beyoncé dancing video!” YouTube user Brooke Money captioned the video, giving us a little bit of context. But really, no context is necessary: this young dancing queen has all the choreography she needs to win over the internet’s heart. Not only did she become a star on YouTube, but a Twitter user who says he’s her uncle also posted the video to that platform, where it’s become viral as well.

And while her attempt at Beyoncé’s sharp choreography is laudable she still has a little way to go to hit Bey’s marks as seen in the original video. No, in this case it’s the randomly half-eaten corn dog in hand and the addition of a fan to blow her hair just so á la Queen Bey that really elevates the footage from a simple capture to a work of viral cinema.

Of course, it helps that “Crazy In Love” is a seminal hit: it was number one on Billboard‘s Hot 100 chart for a full eight weeks after it came out. Beyoncé last put out music in 2018 with her joint album with Jay-Z as The Carters, called Everything Is Love. 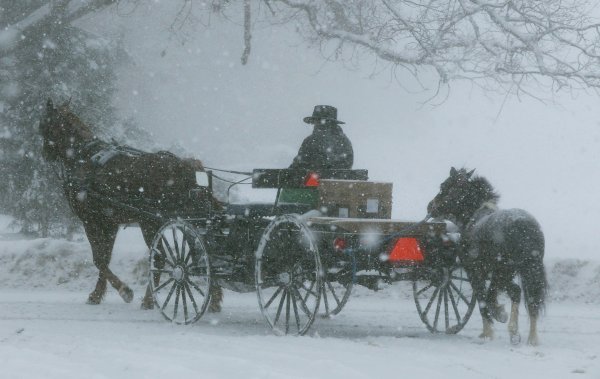 The New Winter Hotness Is Skiing Through the Snowscape Behind a Horse Buggy
Next Up: Editor's Pick