You’d think a remastered PlayStation 4 version of a game that won 2013’s Writers Guild of America award (“Outstanding Achievement in Videogame Writing”) and an Annie (“Best Animated Video Game”) and a Game Developer’s Choice Award (“Game of the Year”) might warrant a little ballyhoo.

But no, the official announcement for the PS4 version of Naughty Dog’s The Last of Us — and by official, I mean Sony’s own Sony Entertainment Network — is a surprise banner gracing the carousel at the top of the company’s PlayStation Games page. The banner itself notes the game’s won “over 200 game of the year awards” bracketed by little film festival-ish laurel leafs. (In other words: “We’re art!”)

Maybe the non-announcement’s a store malfunction, or someone goofed up the publish date and we’re not supposed to know yet, or there’s a press release deluge happening as I type this, but the advert’s been up for awhile and no one’s taken it down, so I guess this is it folks: your very own official not-hyped, post-marketed version of an announcement about what’ll probably be the boutique version of what most consider to be one of the most accomplished video games yet made. I suppose there’s something refreshing about that.

Also refreshing: that I didn’t have time to finish the PlayStation 3 version, which means I get to experience the remastered version with fresh eyes. I almost dove back in to wrap it (and the DLC) up over Thanksgiving, after (finally) finishing Uncharted 3. I’m glad I waited. 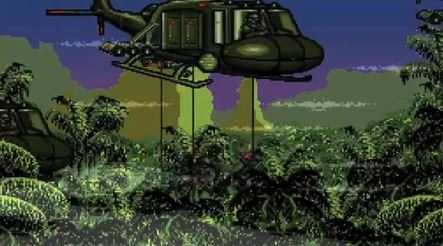 Every Super Nintendo Start Screen in a Nine-Hour Video? Yes, Please
Next Up: Editor's Pick