Less than a week since President Donald Trump declared a national emergency to divert funds to build a border wall, multiple groups are already challenging the move in court.

During the Rose Garden speech announcing his plan, Trump detailed in a sing-song voice the path he expected the emergency declaration to take through the court system, all the way up to the Supreme Court.

The central issue at play is a constitutional question: whether Trump’s emergency declaration violated Congress’s constitutional authority to appropriate funds. But the “they” in Trump’s scenario— “they will sue us”— turned out to be several groups with specific concerns about the effects of building a border wall.

16 states have sued over the emergency declaration

16 states have already sued in the federal District Court in San Francisco to stop Trump from using his emergency powers to build a border wall. The states — California, Colorado, Connecticut, Delaware, Hawaii, Illinois, Maine, Maryland, Michigan, Minnesota, Nevada, New Jersey, New Mexico, New York, Oregon, and Virginia — are arguing that the declaration is unconstitutional and Trump doesn’t have the power to divert funds in this way because Congress controls spending.

In particular, the states say taking military funding for the wall will hurt their economies and their military bases and that using funds from counter-drug efforts will also cause harm to their residents.

“Contrary to the will of Congress, the president has used the pretext of a manufactured ‘crisis’ of unlawful immigration to declare a national emergency and redirect federal dollars appropriated for drug interdiction, military construction and law enforcement initiatives toward building a wall on the United States-Mexico border,” the lawsuit says.

Trump has criticized the lawsuit, tweeting that it has been brought by states controlled by “Open Border Democrats and the Radical Left.”

“President Trump treats the rule of law with utter contempt,” California Attorney General Xavier Becerra said in a statement Monday. “He knows there is no border crisis, he knows his emergency declaration is unwarranted, and he admits that he will likely lose this case in court.”

Congress could also sue over the emergency declaration

Congress could take its own action against Trump’s declaration, either by suing the president or overriding his declaration.

Democratic leaders in both chambers have already called Trump’s decision “unlawful”: “The President’s unlawful declaration over a crisis that does not exist does great violence to our Constitution and makes America less safe, stealing from urgently needed defense funds for the security of our military and our nation,” House Majority Leader Nancy Pelosi and Senate Minority Leader Chuck Schumer said in a statement. “This is plainly a power grab by a disappointed President, who has gone outside the bounds of the law to try to get what he failed to achieve in the constitutional legislative process.”

In 2014, a district court judge allowed the House as an institution to sue the president for overstepping his constitutional authority. At that time, House Republicans were challenging President Barack Obama on his application of the Affordable Care Act, so in a bit of political irony, it may be that Republicans paved the legal way for Democrats to now sue Trump.

Jonathan Turley, a law professor at George Washington University who served as attorney for the House of Representatives in that Affordable Care Act case, says that he thinks Trump may have better prospects in the courts than Obama did, largely because Trump will be using appropriated funds for his wall.

“This is a case of the chickens coming home to roost,” Turley wrote in an email. “Congress passed a law with largely unfettered authority and appropriated funds with largely unconditioned uses. Federal courts are not designed to protect Congress from itself.”

Read More: Trump’s National Emergency Declaration Sets Him Up for Another Fight

Another option for Congress to challenge Trump is by introducing a joint resolution rejecting the national emergency declaration. House Democrats are likely to introduce the resolution, which would only require a simple majority in both the House and the Senate. The resolution is expected to easily pass the lower chamber before heading to the Senate floor, where the Republican-led majority would be powerless to block it. If all Senate Democrats remain united in supporting the resolution, they would only need four Republican Senators to defect from their party for it to pass.

Most Republican Senators have remained mum on how they would vote, but given the fact that more than double that number voted against the spending bill last week after the White House said the President would declare a national emergency, it remains a high likelihood the Senate could pass the measure.

But even if it passes, President Trump still has veto power — something White House Senior Adviser Stephen Miller implied he could use if necessary. “Obviously the President is going to protect his national emergency declaration,” Miller said Sunday on Fox News.

If that veto occurs, the focus would turn back to Senate Republicans, and whether they can garner the necessary two-thirds of the chamber to override the veto. (The House must amass those votes as well, but it would be an easier feat because Democrats are in control).

“Under our Constitution, built on the principle of separation of powers, a disagreement between the President and Congress about how to spend money does not constitute an emergency authorizing unilateral executive action,” the lawsuit says. “Plaintiffs include three landowners in South Texas who were informed that the federal government would seek to build a wall on their properties if money were available in 2019 for construction of a border wall. The construction of a wall pursuant to the Declaration threatens an imminent invasion of their privacy and the quiet enjoyment of their land, both during construction and after.”

Eminent domain gives the federal government power to take private property for public use if it justly compensates the owner. That can leave the landowners embroiled in years of lawsuits over whether they’ve been fairly paid for their property.

Republican Rep. Will Hurd, whose district spans roughly 800 miles along the border, told CBS’s “Face the Nation” on Sunday that eminent domain power to take private lands for the wall could hurt his constituents.

“In the great state of Texas, we care about a little thing called private property,” Hurd said. “And there’s going to be over 1,000 ranchers and farmers potentially impacted if the government comes in and takes their land. And this is how they do it: they say, ‘Hey, we need this land. Here’s what we’re going to give you.’ And they get to automatically take it. And then the rancher or the landowner has to go in and fight in court to make sure that they’re, at a minimum, getting what they are owed because of the price of the land.”

Environmentalists are suing over the effects on wildlife

Along with the Frontera Audubon Society’s involvement as a plaintiff in the Public Citizen lawsuit, another suit has been filed jointly by The Center for Biological Diversity, Defenders of Wildlife and Animal Legal Defense Fund in the U.S. District Court in Washington, D.C., arguing that Trump’s move is unconstitutional because it violates the separation of powers by sidestepping Congress’s spending authority. This suit has wildlife in mind.

“Border wall construction, and associated actions including stripping all vegetation within a 150-foot enforcement zone, road construction, and high-intensity lighting, would harm Plaintiffs’ members and these protected interests in numerous ways,” the lawsuit says. “These harms would include immediate impacts, such as precluding future visitation of impacted areas, destroying wildlife habitat, and killing individual wildlife species. Border wall construction would also result in longer term harm, by blocking connectivity between wildlife populations in U.S. and Mexico, harming the long term viability of those species, and in some cases, resulting in their extirpation from the United States.”

The National Butterfly Center, which would lose access to portions of its nature preserve along the Rio Grande if the wall is constructed on its property, has also vowed to fight the Trump Administration. The North American Butterfly Association sued the government in 2017 when it allegedly began clearing an area on the sanctuary for wall construction without consent. Federal Judge Richard Leon dismissed the case in February 2019, writing that the Fourth Amendment “offers little refuge for unenclosed land near one of the country’s external borders,” and that the Department of Homeland Security has the power to waive environmental laws for construction in the area. A federal appeals court also ruled in February that the Trump Administration has the authority to bypass environmental laws to quickly complete border construction projects.

Executive director of the National Butterfly Center Marianna Trevino Wright told CNN, “We are going to appeal or refile, absolutely.” 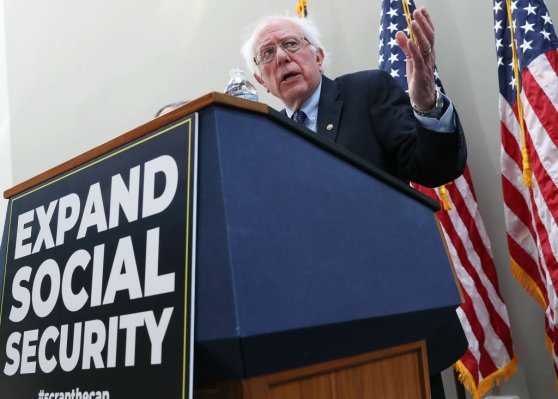