On the first leg of his three-country Asia tour, Crown Prince Mohammad bin Salman announced $20 billion-worth of investments in Pakistan, a benefaction that comes amid the ongoing diplomatic crisis sparked by the Khashoggi killing.

The Saudi prince, widely known as “MBS”, launched a high-profile, eastward trip to regional allies this week as he seeks to emerge from Western pressure over his alleged involvement in the gruesome murder of Washington Post columnist Jamal Khashoggi last October. Analysts say the Asia tour reflects the crown prince’s attempt to rebuild his reputation and cling to relationships with his allies in Asia. Khashoggi had been a vocal critic of the Saudi regime, and his murder prompted calls — including from Senators — for diplomatic retribution.

MBS “wants to demonstrate that he is not an international pariah”, James M. Dorsey, a researcher at the S. Rajaratnam School of International Studies in Singapore, told AFP.

When he landed Sunday at Islamabad’s airport, MBS was greeted by a 21-gun salute and then was warmly embraced by Pakistani Prime Minister Imran Khan. Shortly after his arrival, MBS headed into a signing ceremony for the raft of new investments.

The two-day visit to Pakistan kicked off amid the nation’s heightened tensions with neighboring India. Last week, a suicide bomber affiliated with a Pakistani extremist group killed over 40 Indian paramilitary police in Kashmir, an Indian-administered region that has been the focus of a territorial conflict.

MBS will travel to India next, where he will meet Prime Minister Narendra Modi and Petroleum Minister Dharmendra Pradhan, before finishing his tour in China on Thursday and Friday. 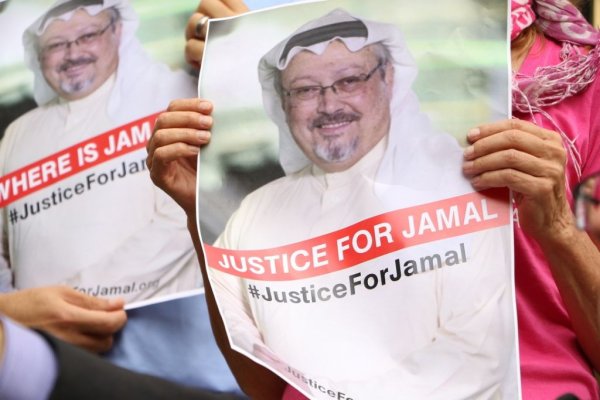