US Vice President Michael Pence gives a speech during the 55th Munich Security Conference (MSC) on Feb. 16, 2019 in Munich, Germany. Spain dismissed the appeal Pence made for NATO allies to fill the void the US will leave behind when troops leave.
Alexandra Beier—Getty Images
By Glen Carey and Ben Sills / Bloomberg

(Bloomberg) — A U.S. appeal for NATO allies to fill the void left by its imminent withdrawal from Syria was dismissed by Spain’s foreign minister, still bristling at Donald Trump’s unilateral decision to bring his troops home.

Vice President Mike Pence told reporters at the Munich Security Conference that the U.S. is asking NATO members and other partners to provide “the resources and the support and the personnel” required to prevent a resurgence of Islamic State once U.S. operations conclude.

“Requests between countries aren’t made in press releases or conference comments,” Spain’s Josep Borrell said at a briefing in Munich on Saturday. “Spain and the majority of countries aren’t prepared to step in for the U.S. after a withdrawal that was decided in a unilateral way, by surprise.”

Trump has pledged to bring home U.S. troops from Syria with Islamic State nearly defeated, an assertion that received renewed criticism after a suicide attack claimed by Islamic State last month killed U.S. soldiers. Trump, in his State of the Union address, reiterated his commitment to end the U.S. presence in Syria, saying that “great nations do not fight endless wars.”

Since Trump abruptly announced he was bringing home the troops, he and his top advisers have sought to establish specific conditions for the withdrawal. They’ve promised to depart from Syria slowly and to continue to strike Islamic State on the way out.

Pence arrived for Europe’s big annual Munich security conference on Friday, and quickly challenged a common perception that the U.S. has vacated its role as leader of the free world. He joined a large bipartisan U.S. delegation at the conference and addressed the U.S. fight against Islamic State and the decision to pull troops from Syria.

“This is a change in tactics, not a change in mission,” Pence said in a talk on Saturday. “The United States will keep a strong presence in the region. We recognize it will not be enough to simply reclaim the territory of the caliphate. As we enter this new phase, the United States will continue to work with all of our allies to hunt down the remnants of ISIS wherever and whenever they rear their ugly head.” 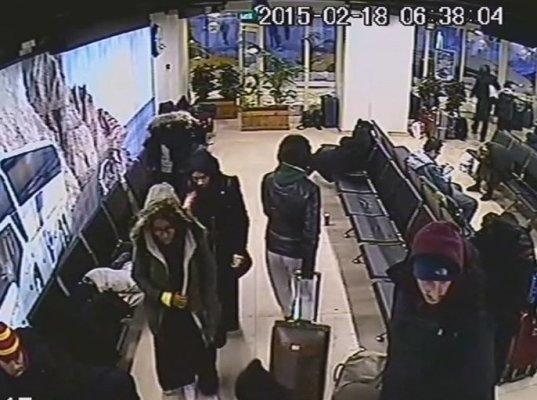