Cardi B and Offset Released Back-to-Back Songs. Here’s How They Signal a Role Reversal

In the twisting saga of Cardi B and Offset, the actual music often seems tangential.

Gossip magazines and distinguished newspapers alike have breathlessly covered the roller-coaster relationship of the two chart-topping rappers: her pregnancy reveal, his onstage proposal. Her accusations of his infidelity, her breakup. His bouquet-wielding apology, their Grammys reconciliation.

Taken as a whole, the many headlines form a narrative that adheres to well-worn celebrity archetypes: Offset as the vapid, carefree lothario, taken back in by Cardi, the forgiving, world-weary mother.

But on consecutive days this week, each rapper released songs that complicate any two-dimensional perception of their relationship. “Red Room,” by Offset, and “Please Me,” by Cardi B and Bruno Mars, act as a recalibration and role reversal for the pair. And the strength of both songs serves as a reminder of why the world started caring about them in the first place.

“Red Room” is Offset’s first proper solo single, following his success with the Atlanta rap trio Migos. On the whole, the group’s music revels in youth, triumph and excess; they are credited with popularizing a specific aesthetic and flow but also mocked for their lyrical simplicity. (Eminem and the YouTube comedian Lilly Singh released biting parodies, while another viral video compared the group to Dr. Seuss.)

In the past year, the other Migos members, Takeoff and Quavo, released their own solo projects and were met with tepid responses. Many criticized the albums as being thin, indistinct and repetitive. And when Offset tried to launch his own career in December, the rollout was bungled.

Meanwhile, he’s been cast as a villain in Cardi B’s story, especially after his onstage attempt at reconciliation in December. “Few things are more scary than a rejected man with a bruised ego,” Tarana Burke, the founder of the original “Me Too” movement,” wrote on Twitter. “We are literally watching this slow moving train and regardless of how Cardi responds moving forward we can’t let this kind of behavior go unchecked.” The relative failure of his bandmates, combined with bad press around his behavior, made the delayed release of “Red Room” ripe for failure.

But “Red Room” is the strongest solo release by any Migos member and casts Offset in a new light, or rather, in darkness. The song creaks over an understated and despondent Metro Boomin beat. Offset’s normally euphoric ad-libs are no less frequent but subdued. And while he previously used his rapid-fire technical prowess to simply mash assonant rhymes on top of each other, here he quickly strings together a series of bleak vignettes, from his brother’s imprisonment to his grandmother’s death to his own car crash. Police lurk around corners throughout, killing children and smashing property: “”They crooked, the motherland they done took it/ They take us and lock us up and throw the booklet,” he raps, resigned.

The song’s video is equally disconcerting: police slam a black man against the hood of a car right before Offset climbs out of his own wreckage. He stumbles past a harmonica-playing bluesman and then a phalanx of Black Panthers marching against the police. These images of cross-generational black protest tie Offset to a legacy he has mostly ignored in his music. Like 21 Savage, he is exploring his tenuous place within an entrenched power structure and becoming a voice of resistance.

Cardi B might have been expected to play this role. Last month she posted a scathing video ripping into Donald Trump and the government shutdown; she tangled with Tomi Lahren and has also been startlingly open and honest about her postpartum depression. Headlines about her have been consumed by these conflicts as well as those with Offset and her nemesis Nicki Minaj, while her latest single, “Money,” is a rigid slab of imperiousness.

But Cardi is all pleasure on “Please Me,” a featherweight song with Bruno Mars readymade to ooze out of car radios and bedroom stereos across the country. The song continues the throwback charm of their last collaboration, “Finesse”; it’s buoyed by a burbling synthesizer bass and references Jodeci.

The song once again show’s Cardi’s elasticity in style and form. It also summons the unfettered, bombastic joy that she carried with her during her initial rise to fame—while on the dancefloor or while showing off her new ride. The world has almost come to expect everything Cardi does to be a confrontation—but on “Please Me,” she’s content to simply flirt with one of the breeziest, low-maintenance pop stars working today.

So while Cardi B and Offset have seemingly reconciled, these two songs show them working in spaces that could hardly be farther apart. They set a path forward for 2019 in which they are each multi-dimensional artists unbeholden to dominant narratives—or each other.

Correction, Feb. 17:
The original version of this story incorrectly stated that “Please Me” by Cardi B & Bruno Mars‘ samples “Freek’n You” by Jodeci. It does not. 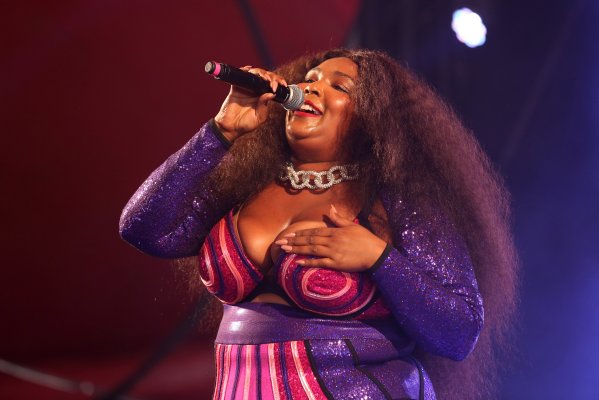 Spotify's Valentine's Day Playlist Is All About Self-Love
Next Up: Editor's Pick