Leave it to legendary comics Steve Martin and Martin Short to put Jimmy Fallon in his place. On Thursday night, the two comedians stopped by Fallon’s Tonight Show and took their place on the couch — but instead of subjecting to being interviewed, as most of Fallon’s guests often do, they took it upon themselves to mercilessly tease Fallon and even themselves in an uproarious improv comedy skit.

“I wanted to do the show one more time before my beauty phase. I’m promoting my new movie which has not been offered to me yet,” Martin joked about his appearance on Valentine’s Day night.

“This is the greatest show on television because there is no host in late night that pretends to care the way you do,” Short riffed at Fallon. “I mean no one captures phoniness the way you do, it’s such a gift.”

Martin went on: “You proved that tall, handsome white men can make it in show business. And you have such a clean image. And that’s hard to do in today’s world.” Then he added: “I suggest that whatever you’re paying the National Enquirer, you should double.”

Martin and Short have been on a joint comedy tour together, called “Now You See Them, Soon You Won’t,” currently roving the east coast and heading to the midwest later this month, and also have an Emmy-nominated Netflix special. 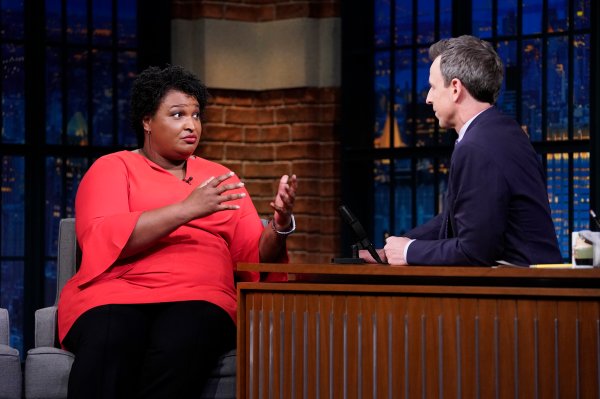 Stacey Abrams Already Had a Plan for Trump Declaring a National Emergency
Next Up: Editor's Pick