You’d think we’ve learned our lesson by now: don’t expect Mariah Carey, beloved musical legend, to “know” about other celebrities. Carey may have the voice of an angel, but she is not omniscient when it comes to the identities of other artists. The latest? In a radio interview, The Chainsmokers — that’s electronic dance music duo Alex Pall and Drew Taggart — recalled an incident in which they met Carey at an awards show and got to chatting, admitting to her that they were big fans.

Unfortunately, they are not One Direction, the boy band of Harry Styles, Liam Payne, Louis Tomlinson, Niall Horan and, at one time, Zayn Malik. Brought together by Simon Cowell on Britain’s The X Factor in 2010, the five — and then four — young singers were popular for hit songs like “What Makes You Beautiful” and “Live While We’re Young,” before going on indefinite hiatus in 2016.

The Chainsmokers, meanwhile, rose to fame in 2014 for radio earworms including “Don’t Let Me Down” and “Closer,” and recently released a new collaboration “Who Do You Love?” with Australian rock group 5 Seconds of Summer, with whom they’ll be going on tour this summer. (Coincidentally, 5 Seconds of Summer was the opening act for One Direction during their stadium tour back in 2014.)

As for Carey? She may have a history of talking about how she’s a bit out of the loop when it comes to fellow artists — but at least she’s got a good sense of humor about it. In a tweet, she followed up on the mishap: “Of course I know you!!” she tweeted at The Chainsmokers. “I love your song “That’s What Makes You Beautiful!” (The irony, of course, being that that’s a One Direction song as well.) Never change, Mariah. 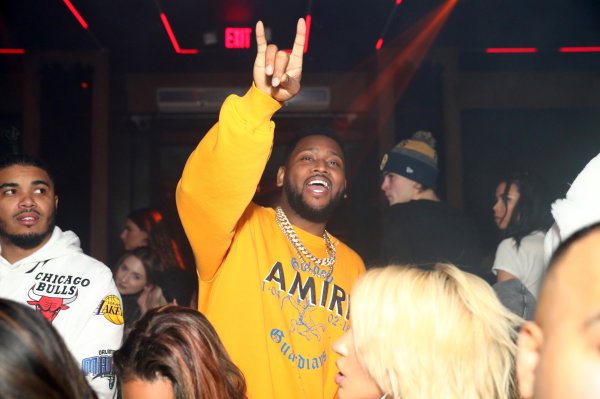 An Interview with the Grammy-Nominated Boi-1da
Next Up: Editor's Pick