President Trump has installed a room-sized golfing simulator inside his personal quarters at the White House, the Washington Post reported on Wednesday.

The device, which reportedly cost $50,000, will enable the President to simulate playing on some of the world’s most famous golf courses. Trump paid for the simulator and its installation himself, according to the report.

The system replaced a less-sophisticated simulator that had been installed by President Barack Obama.

Before he became President himself, Trump frequently complained that Obama golfed too much during his term. He tweeted about Obama’s golf hobby 27 times from 2012 to 2016, according to SB Nation.

However, Trump has spent significantly more of his time as President golfing than Obama. The Washington Post reports that Trump plays about 70 rounds of golf a year, while Obama played, on average, 38 rounds.

Golf courses have also been a signature part of Trump’s career as an hotelier. The Trump Organization operates 17 golf courses, according to the company’s website.

This year got off to a slow start for Trump’s golf hobby. During the 34-day government shutdown, Trump didn’t golf at all. After the shutdown ended, he broke his golf-free streak by playing a round of golf on his Mar-a-Lago estate with golf stars Jack Nicklaus and Tiger Woods on Feb. 2.

Trump hasn’t used the simulator yet, the Post reports. 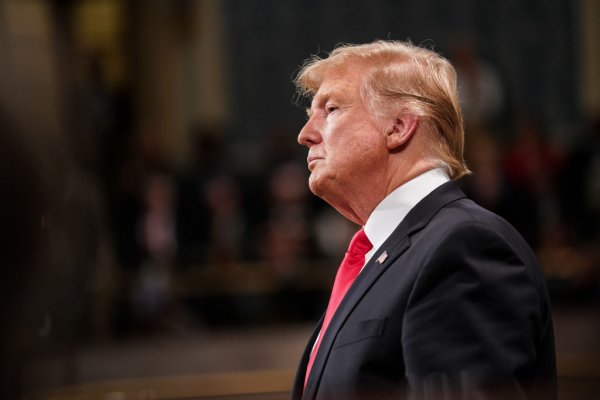 Inside Donald Trump's Art of the Climbdown
Next Up: Editor's Pick