North and South Korea Want to Host the 2032 Olympics Together

North and South Korea are planning to launch a joint bid to host the 2032 summer Olympics together, the Guardian reports.

The Koreas are expected to present their plans to co-host the Games at the International Olympic City in Lausanne, Switzerland, this Friday. Representatives from the two countries will be in attendance.

The South Korean Olympic Committee chose Seoul, which hosted the Olympics in 1988, for the bid. North Korea has not announced which of its cities would join Seoul, but experts say it is likely to be Pyongyang.

North Korea’s participation in sporting events has in the past been hindered by the country’s relationship with the South. In 1986, the country boycotted the Asian Games, and two years later, the summer Olympics. Both were held in South Korea.

But South Korean President Moon Jae-In has expressed interest in engagement with Pyongyang since assuming office in 2017. Last year, he invited North Korean athletes, supporters and officials to the Winter Olympics in Pyeongchang, the two countries’ delegations marching under one flag.

The launch of a joint bid represents a further warming of ties between the Koreas. Officials say a jointly-hosted Olympics is an opportunity for sports diplomacy to bring stability to the Korean peninsula, but its feasibility is dependent on North Korea’s denuclearization plans, which will be discussed during upcoming talks between Kim Jong-un and U.S. President Donald Trump in Hanoi. 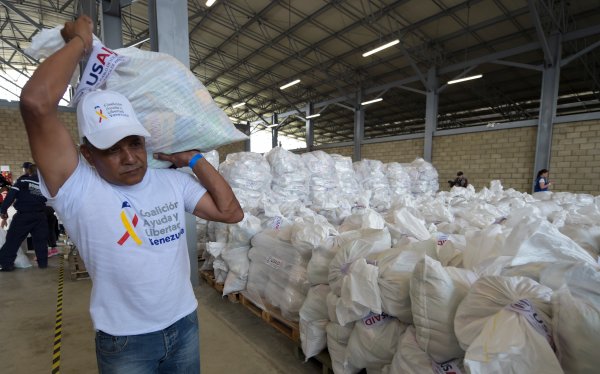