At Sunday night’s 61st Annual Grammy Awards in Los Angeles, Drake — who was largely expected to sit this one out, as he has done for the last several years — surprised viewers by showing up to accept the Grammy for Best Rap Song for his smash hit “God’s Plan.” But it was his acceptance speech that stole the show, as the Canadian rapper took his time onstage to rebuke the musical establishment and send a shout-out to artists who may not be receiving recognition from organizations like the Recording Academy.

“We play an opinion-based sport, not a factual-based sport,” Drake said. “This is a business where sometimes it’s up to a bunch of people that might not understand what a mixed race kid from Canada might have to say or a fly Spanish girl from New York.” He continued: “If there’s people who have regular jobs who are coming out in the rain, in the snow, spending their hard earned money to buy tickets to come to your shows, you don’t need this right here, I promise you that. You already won.” And then, although it seemed that Drake had more to say, he was cut off both on the telecast and live in the theater.

Drake has been nominated for dozens of Grammys in his rap career, but has only won four, including this year’s prize. The last time he attended the Grammys was back in 2013. His album Scorpion is also nominated for Album of the Year. And although he did end up dropping by this year’s ceremony, he reportedly declined to take on a performance slot. 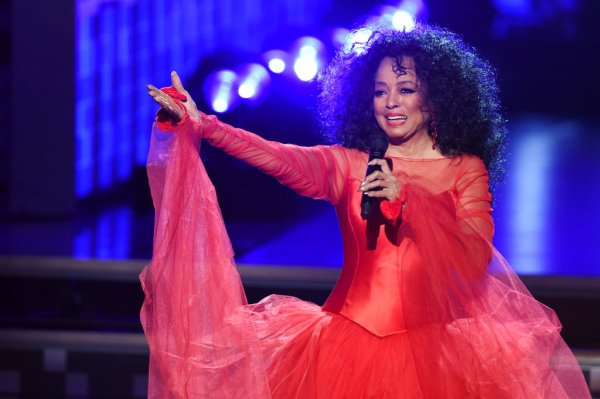 'Happy Birthday to Me!' Diana Ross Sparkled During Her 75th Birthday Grammys Performance
Next Up: Editor's Pick