(Bloomberg) — U.K. Prime Minister Theresa May will this week ask Parliament to give her more time to renegotiate her Brexit deal with the European Union, promising lawmakers a further chance to take control of the process before the clock runs out, according to officials with knowledge of her plans.

With a vote due on Feb. 14, May will ask Parliament to reaffirm its desire to remove the contentious Irish backstop clause from the Withdrawal Agreement, according to an official, who asked not to be identified.

She’ll say that if she hasn’t brought them new deal by Feb. 27, there will then be another opportunity to vote, Communities Secretary James Brokenshire confirmed in an interview.

“The government will commit that if the meaningful vote, in other words the deal coming back, has not happened by the 27th of February, then we would allow a further motion — votable in Parliament — to take place, to give that sense of assurance as to the process moving forward,” he told the BBC’s “Andrew Marr Show.” “That gives that sense of timetable, clarity and purpose on what we’re doing.”

The prime minister is aiming to allay lawmaker concern that, unless they vote to take control of the process and order her to seek an extension of EU negotiations, they will have lost their chance to avoid a no-deal Brexit. A similar promise at the end of January thwarted a cross-party attempt to take over the timetable, led by Labour’s Yvette Cooper and Conservative Nick Boles. It is that promise that led to this week’s vote.

The wording of May’s motion on Thursday, asking Parliament to back her negotiation, will be closely read. Although lawmakers asked for the backstop to be removed, May has said since that the backstop will remain, and that Parliament merely asked for it to be altered. 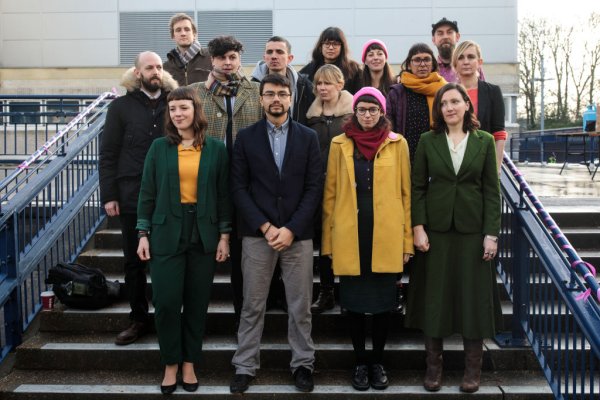 The U.K.'s Prosecution of Peaceful Protestors Is Raising Fears Over Anti-Terror Laws
Next Up: Editor's Pick