Teachers and supporters of public education march against education funding cuts during the March for Public Education in Los Angeles, California on Dec. 15, 2018. The rally, organized by United Teachers Los Angeles, drew thousands of educators who demanded wage increases and smaller class sizes.
NurPhoto—NurPhoto via Getty Images
By Abigail Abrams

The number of U.S. workers involved in work stoppages, which includes strikes and lockouts, was the highest of any year since 1986, according to Bureau of Labor Statistics data released on Friday.

More than 90% of these 485,000 workers were in the education, health care and social assistance industries. This should come as no surprise, as waves of teacher activism and strikes by nurses and other medical workers frequently dominated headlines last year.

But the increase in labor actions is a big deal. Last year also saw the highest number of work stoppages since 2007, with 20 major strikes and lockouts. In contrast, 2017 saw just seven strikes.

In some ways, 2018 continued this trend of bad news for unions, with the Supreme Court ruling that government workers could not be required to pay union fees and that employers can require workers to use arbitration rather than class action lawsuits to settle disputes. The percentage of U.S. workers who belong to a union also fell again last year, from 10.7% in 2017 to 10.5% in 2018.

But the increase in the number of strikes shows that organized labor is far from dead. In fact, public opinion of labor unions has been growing in recent years and reached a 15-year high in 2018, according to Gallup.

The high-profile efforts by teachers in West Virginia, New Jersey, Oklahoma, Kentucky, Colorado, Arizona, North Carolina and Washington to advocate for better pay and benefits drew sympathy around the country. TIME featured the teachers’ fight on a cover last September. A number of teachers ran for office during the 2018 midterms and public education even played a key role in some elections.

Already in 2019, thousands of teachers in Los Angeles, the second-largest school district in the country, went on strike for a week in January.

Workers’ enthusiasm for engaging in collective action seem to have left union leaders optimistic about the future.

“Momentum is on our side. Public support for unions is at its highest level in 15 years, and elected officials nationwide are embracing unionism as the key to unrigging an economy that overwhelmingly favors the privileged and powerful over working families,” American Federation of State, County and Municipal Employees President Lee Saunders said in a statement in January when union membership numbers were released. “Our challenge now is to make it easier for working people to join unions — the one way for workers to get the dignity and respect they deserve.” 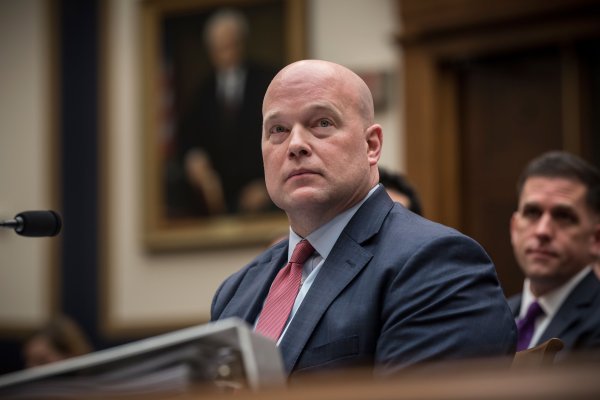