Remember that day in February that isn’t Valentine’s and isn’t Groundhog Day? That is President’s Day. Many places throughout the country will observe this President’s Day by closing their doors so people can enjoy a 3-day weekend honoring our the birthday of nation’s first President, George Washington. (The holiday is officially called “Washington’s Birthday” in celebration of George Washington, the country’s first commander-in-chief.)

So to get ready for the holiday on February 18th, here’s a list of what’s open and closed on President’s Day 2019.

Many Americans will have the day off from work on Monday, February 18th however it depends. Those that work at retail stores or restaurants might be less likely to have the day off compared to people working in an office or at a school.

Most public schools in states that observe President’s day will be closed on Monday. However, it may vary depending on the state you live in and if a day needs to be made up due to recent weather conditions.

President’s day is a bank holiday so the Federal Reserve and most national banks will be closed. However, ATMs will still be accessible and TD Bank will still be open.

Are there sales on President’s Day?

Many major retailers will be offering sales during President’s day weekend since many people will have the day off and new spring styles will start being available. Expect to find sales on women’s and men’s apparel as well as furnishings at national stores like Macy’s President’s Day sale.

Are the stock markets open for President’s Day 2019?

The New York Stock Exchange and the Nasdaq usually follow the government’s holiday schedule meaning they will be closed this Monday in observance of the federal holiday.

Are the courts open for President’s Day 2019?

Since President’s Day is a legal federal holiday courts will be closed on February 18th this year.

Are the grocery stores open for President’s Day 2019?

Much like other holidays, most grocery stores will be open to cater to those who have the day off. However, if you are unsure please check your local grocery store for their hours. 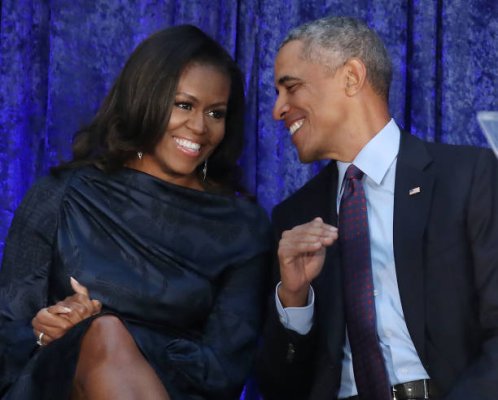 Barack and Michelle Obama Valentine's Day Messages to Each Other Are Just As Romantic As You'd Expect
Next Up: Editor's Pick