From Balenciaga to Bloody Shoes: All the Times Cardi B's Style Stole the Show

With lyrics about Balenciaga boots, Fendi and Prada bags and “bloody” Christian Louboutin shoes, Cardi B‘s ascent into fashion icon status seems as unstoppable as her rise as a rapper. The Bronx-born and bred “Money” artist has proved she’s no one-hit wonder when it comes to serving looks both on the red carpet and in her music videos; in the short time since she’s been in the mainstream spotlight, she’s solidified a style that’s as bold and feisty as her music.

Drawing on fiercely feminine silhouettes, bright colors and never shying away from distinctive, eye-catching elements like pastel faux fur accents or playful animal prints, Cardi and her stylist Kollin Carter are proving that the rapper is not only making money moves — she’s making style moves too. Ahead of the 2019 Grammy Awards, where Cardi (a featured performer and favorite nominee of the night), will no doubt slay the red carpet and stage, we’re taking a look back at her most show-stealing looks of all time.

2017 MTV Video Music Awards — Cardi’s creamy white Christian Siriano jumpsuit was both daring and elegant thanks to its sweeping overskirt draped over wide-leg trousers and the Madonna/Gaultier-esque cone bra bodice.

Rihanna’s 2017 Diamond Ball — Cardi was dubbed “Bardirella” when she emerged at Rihanna’s posh Diamond Ball in 2017 and for good reason: her voluminous seafoam green-blue Christian Siriano gown was fit for a princess.

2018 Grammy Awards — According to InStyle, the Ashi couture collection dress that Cardi wore on the 2018 Grammys red carpet, along with another one from the same designer, took two to three weeks to create (about 150 hours of labor).

2018 iHeartRadio Awards — Cardi’s cranberry-colored Christian Siriano tulle babydoll dress was not only playfully glamorous — it also concealed the rapper’s pregnancy before she announced it on Saturday Night Live.

2018 Met Gala — Cardi B’s heavily embellished cream gown and headdress designed by Jeremy Scott for Moschino helped transform her into a Madonna for the night’s theme, “Heavenly Bodies: Fashion and the Catholic Imagination,” something that was only reinforced by her prominent baby bump.

Spring/Summer ’19 Tom Ford runway show — Cardi wore a sleek black sheath paired with smokey eyes and slicked-back hair for the Tom Ford runway show during fashion week; later, the designer announced that there would be a blue lipstick named Cardi — it sold out in just 24 hours.

Spring/Summer ’19 Michael Costello runway show — Cardi went for all out glamour during Paris Fashion Week with a multicolored dramatic hat and dress combo from Michael Costello.

Spring/Summer ’19 Etam runway show — To perform at the Etam show, Cardi relied on Christian Cowan (the designer responsible for her album cover look as well as the memorable leotard and crown made of watches for her “Money” music video,) to outfit her in a lavender suit with fluffy matching feathers.

And at the 61st Grammy Awards red carpet, she did not disappoint in a pearl in an oyster shell look from Thierry Mugler’s 1995 fall couture collection, once worn by model Simonetta Gianfelici. 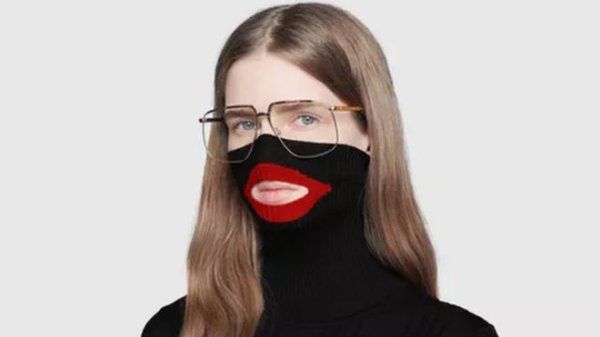