A Measles Outbreak Is Hitting the Pacific Northwest. Now There's a Surge in People Getting Vaccinated

MMR vaccine rates in two areas in the Pacific Northwest, which has been at the epicenter of a measles outbreak, are surging as people rush to protect themselves and their children from the virus.

In Clark County, Washington – where about 50 people have been infected since the outbreak started – more than 6 times as many people were vaccinated for measles from January 13 to February 2 compared to the same period last year, according to a spokesperson for Washington State Department of Health.

The rush to receive the MMR vaccine – which inoculates the recipient from measles, mumps and rubella – in Clark County is especially striking because the county has an unusually low vaccination rate. Only 81% of 1 to 5 year olds in the county have received a dose of MMR, according to Clark County, Washington Public Health.

Falling vaccination rates in the United States and Europe have been blamed for outbreaks of measles. Although the MMR vaccine is considered to be highly safe and effective, its reputation has been eroded by fraudulent science and false news stories. The number of U.S. children who have not been vaccinated for preventable diseases quadrupled between 2001 and 2018, according to the CDC.

Measles is considered to be highly contagious; the virus can linger in the air for two hours after an infected person is in the room, and people may be contagious without knowing that they are infected, according to the CDC. About 1 in 20 children with measles contracts pneumonia, and in rare cases measles patients may experience encephalitis – inflammation in the brain.

Julie Graham, a spokesperson for Washington State Department of Health, said that vaccine rates in Clark County have jumped up dramatically both among children and adults. Between January 13 and February 2, 2,739 children and 1,754 adults were vaccinated compared to 630 children and 60 adults over the same period last year.

The tri-county area that includes Multnomah County, Oregon – where three people were diagnosed with measles – is also seeing a spike in vaccinations. About 600 people a day were vaccinated during the last week of January, compared to 200 people during the same period last year.

For one, Washington is one of only 17 states that permit children to get a non-religious exemption to attend school unvaccinated, according to the National Conference of State Legislatures.

The other reason, Melnick says, is that there is an highly organized and sophisticated anti-vaccination movement “spouting nonsense” on social media. Many of the articles these organizations produce closely resemble scientific articles, Melnick says.

“There’s no reason we should be having this outbreak,” says Melnick. “We have vaccines that are very cheap, very effective, and very, very safe.”

Melnick added that while 78% of schoolchildren in Clark County are vaccinated, some schools have much lower rates.

Unvaccinated people who may have been exposed to the virus are urged to get vaccinated, Graham said. Vaccination within 72 hours of exposure to the virus can limit the severity of the disease or prevent the exposed person from getting sick. 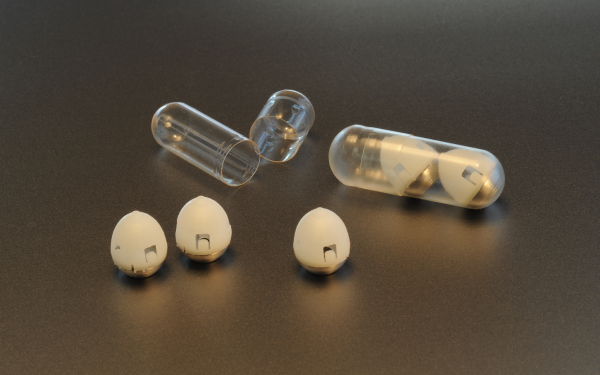 Researchers Are Working on a Surprising Way to Deliver Insulin Without an Injection: Swallowing the Needle
Next Up: Editor's Pick