The Nightmare in Venezuela Finally Has the World's Attention. Can the Opposition's Gamble Pay Off?

Guaidó poses for a portrait in his office in Caracas on Feb. 5, 2019.
Andrea Hernandez for TIME
By Ciara Nugent

Two men claim to be the President of Venezuela, which has the largest oil reserves on the planet and so little food that, in a single year, the average citizen lost 24 lb. One, Nicolás Maduro, secured a second term in a 2018 election widely regarded as a sham. The other, Juan Guaidó, took an oath of office on Jan. 23, in a maneuver that was equal parts audacious and ingenious, and that offered the nation at least the possibility of a peaceful way out of its catastrophe.

The trick was finding a possible opening in the mire of Maduro’s authoritarianism. By fiat and force, Maduro has spent the last few years remaking the Caracas government to his liking—replacing justices on the Supreme Court, declaring emergency rule, and sidelining the parliament that the opposition had won in a free and fair ballot in 2015. Maduro also created from whole cloth the electoral apparatus that allowed him to remain in office without facing an opponent—a violation of the country’s 1999 constitution. In response, the leader of parliament—Guaidó—said the presidential office had essentially been left vacant in January, the start of Maduro’s rigged second term. He then invoked the constitution’s Article 233, which, in a power vacuum, calls for the person in his role to temporarily assume the presidency. 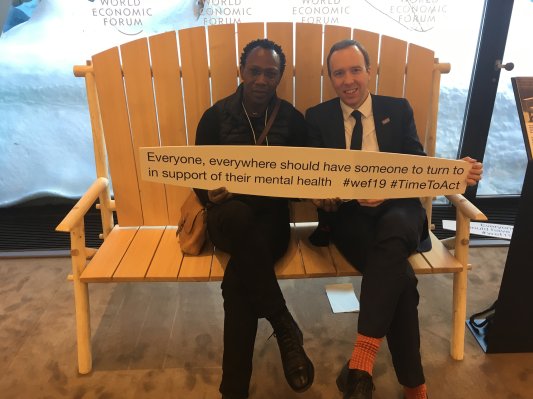 How Zimbabwean Grandmothers are Stepping In to Fight Depression
Next Up: Editor's Pick