The New York Times reports that Eleonora Antillón, a former talk show host known by her nickname, Nono, said in an interview that the former president sexually assaulted her in 1986 while he was a candidate and she was a press aide.

Arias, 78, has denied the allegations, according to the Times.

“In my public life I have promoted gender equality,” Arias said in a statement Tuesday, “because I believe that it is an indispensable means to achieve a more just and equitable society for all people.”

Accusations began to surface starting Tuesday after Semanario Universidad published accounts of a psychiatrist who claimed Arias assaulted her about four years ago, grabbing her and forcibly penetrating her with his fingers. She has since filed a criminal complaint against the former president.

Since the first allegation became public, two journalists and a book editor have come forward, according to the Times.

“People end up thinking, ‘If she dared, others will dare,’” Antillón, 60, said in a telephone interview, according to the Times. “I want to unmask the impostor politician.”

The wave of allegations mark significant momentum of the #MeToo movement in Latin America, particularly as they could tarnish the reputation of a revered former statesman who served two terms as president and has been lauded internationally. 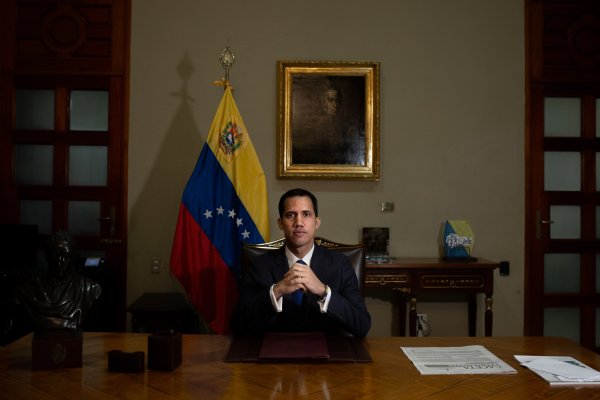 The Nightmare in Venezuela Finally Has the World's Attention. Can the Opposition's Gamble Pay Off?
Next Up: Editor's Pick