Rumors began to swirl after Lawrence, 28, was spotted wearing a “massive ring” while she was out for dinner in New York City with Maroney, according to Page Six.

“It was a giant rock,” a source told Page Six. “They seemed like they were celebrating and people were talking about it. The ring was very noticeable. They were sitting back in a corner. She was wearing a cute black dress with white polka dots.”

According to Page Six, the pair have been dating since June.

Maroney grew up in Vermont and is the current director of the Gladstone art gallery in New York City, according to Elle. 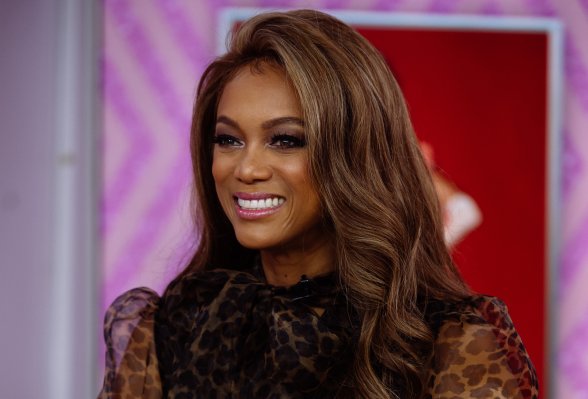 Tyra Banks Is Opening a Supermodel Amusement Park Called Modelland to Bring 'Modeling to the Masses'
Next Up: Editor's Pick