Secretary of Energy Rick Perry is the designated survivor for the 2019 State of the Union address.

During events that bring the whole government together (such as an Inauguration or State of the Union address), a “designated survivor” – a member of Congress or a low-level cabinet member – waits in a secure location, ready to take over and lead the country in the unlikely event of a disaster.

The practice originated at some point during the Cold War, but it took on renewed resonance after the Sept. 11 attacks. In 2018, the State of the Union Survivor was Agriculture Secretary Sonny Perdue.

The idea of the designated survivor was so intriguing that inspired the network TV show Designated Survivor, starring Kiefer Sutherland. The series ran for two seasons on ABC, and Netflix is planning to release a third season sometime this year.

As soon as the news that Rick Perry is the designated survivor was announced, people took to Twitter to remember the moment the Energy Secretary and former presidential candidate appeared on the reality show Dancing with the Stars. 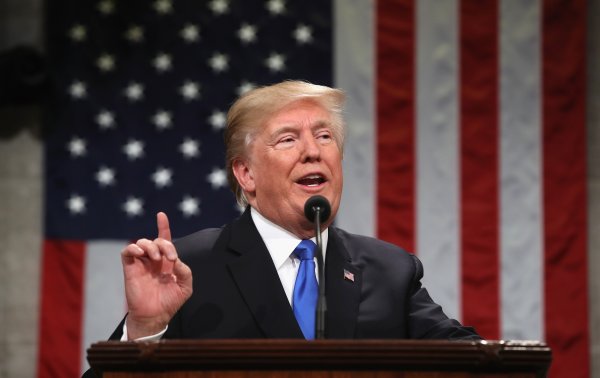 Here's Who Will Attend the State of the Union Address as Guests of the White House and Members of Congress
Next Up: Editor's Pick