In her address, Abrams called the partial government shutdown “a stunt engineered by the President of the United States, one that defied every tenet of fairness and abandoned not just our people – but our values.”

Abrams, who was featured on the cover of TIME in July, shot to prominence this fall when she narrowly lost the gubernatorial race in Georgia, a state that has not elected a Democrat as governor in 20 years. Abrams gained national recognition for her talents as a public speaker, as a symbol of the Democrats’ push to elect more women and minority candidates in 2018, and for the allegations of minority voter suppression during the close-run race.

While the State of the Union rebuttal is sometimes called a “curse” because the careers of some up-and-coming politicians have fizzled after delivering it, the speech is also a major opportunity for a rising politician to address a massive national audience.

Here is the full transcript of her Tuesday night speech. 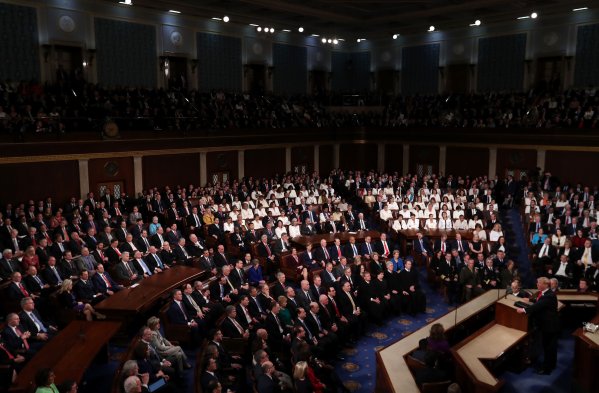 This SOTU Photo Shows Success of Women in 2018
Next Up: Editor's Pick